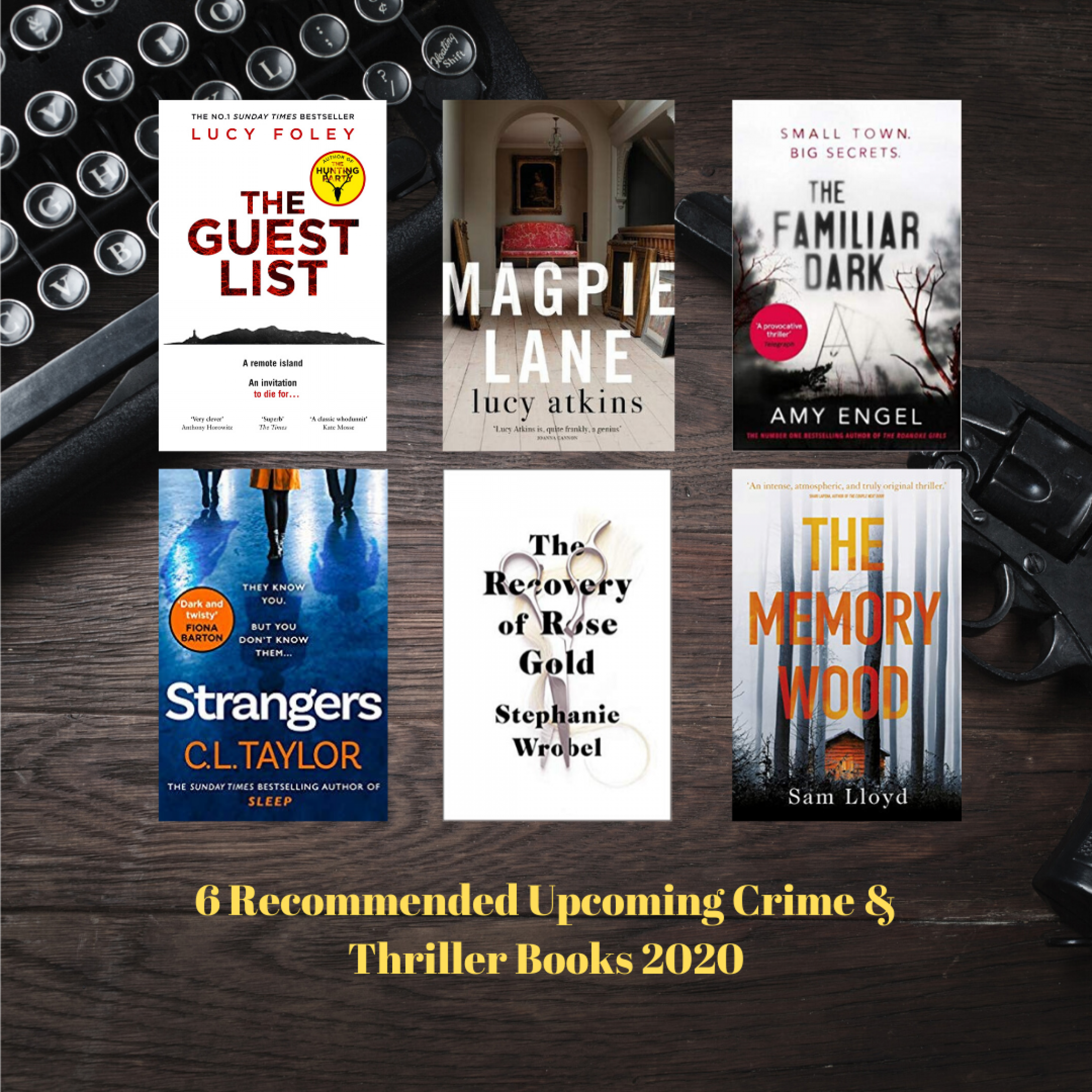 One of the - many - perks of my job is being sent books in advance of publication. As a child whose favourite days of the year was when those brightly-coloured book orders forms dropped on to our desk, this aspect of my work is pure heaven.

I read widely, across a range of genres but my not-so-guilty pleasure is crime / psychological thrillers. There’s nothing quite like delving inside the mind of someone so unlike anyone you’ve (perhaps, thankfully) never met. The whys and the wherefores of peoples’ actions have always fascinated me and these books absolutely sate that intrigue.

Below are just five upcoming crime / psychological thrillers that I have read recently and highly recommend.

Engel’s debut novel, The Roanoke Girls is one that I continue to think about to this day, so I couldn’t wait to read her next one. In a small, poverty-stricken town in the Missouri Ozarks, two 12-year old girls are found dead, their throats cut. One of the girls was Eve Taggert’s daughter. Not content with the investigation being conducted by the local - and morally questionable - police force, she takes matters in to her own hands and resolves to find the person responsible for her daughter’s murder. Click here to pre-order.

I have always been a fan of Taylor’s writing and have been reading her books for years - the way she is able to comment on the fragile, and darker, side of people - without immediately turning the reader against them - is quite something, not to mention her flair for keeping you guessing until the last page. Ursula, Gareth and Alice have never met before, but the three of them are forced to work together when their unexpectedly collide under terrifying circumstances. If they can’t, one of them will die. Click here to pre-order.

If you like your thrillers with a touch of the creeps, then you must make sure you grab a copy of Lloyd’s debut novel The Memory Wood. As soon as I opened this book I knew it was special - it instantly grabs your attention and refuses to let go without a fight. The only home Elijah has ever known is the Memory Wood. When he stumbles across new arrival Elissa, in the secret place her abductor is hiding her, he simply can’t tell the police - after all, Elijah’s never had a proper friend before, and it all ended so badly the last few times… As her abductor’s behaviour grows more unpredictable, Elissa and Elijah are caught up in a dangerous game of cat and mouse - the question is, who wins? Click here to pre-order.

If, like me, you have a penchant for true crime, then this fictionalised version of the Gypsy Rose & Dee Dee Blanchard case will have you biting your fingernails down to the quick. Brilliantly, Wrobel has succeeded in making this her own story so that it does actually stand alone, away from the notorious murder case. Rose Gold Watts believed she was sick for eighteen years. She thought she needed the feeding tube, the surgeries, the wheelchair… Turns out her mother is a really good liar. After serving time in prison, Rose Gold agrees to have Patty live with her, and her newborn son. But is forgiveness ever really that simple? Both women are hiding something but only one Watts woman will get her way. Click here to pre-order.

Atkins’ 2017 The Night Visitor was right up there in my top reads for that year, so I was very excited to get my hands on her next novel, Magpie Lane, set in the lavish, and undoubtedly secret world of Oxford University academia. When the eight-year-old daughter of an Oxford College Master vanishes in the middle of the night, police turn to the Scottish nanny Dee, for answers. As Dee looks back over her time in the Master’s Lodging, a picture of a high achieving but dysfunctional family emerges. As the reader, the gnawing doubt that something is missing from Dee’s story is palpable, but as to what it is? Well, you’ll have to wait until the shocking ending to find out. Click here to pre-order.

Foley’s last book, The Hunting Party was a smash hit and I have been waiting - not very patiently, I might add - for her next one… And it does not disappoint. The wedding of the year - the marriage of Jules Keegan and Will Slater - is about to commence on a beautiful, yet isolated, island off the windswept Irish coast. Just as the wedding cake is cut, the lights go and a guest is found dead. There’s no denying that the killer is part of the wedding - and time is dwindling fast to find out just who it is… Click here to pre-order.