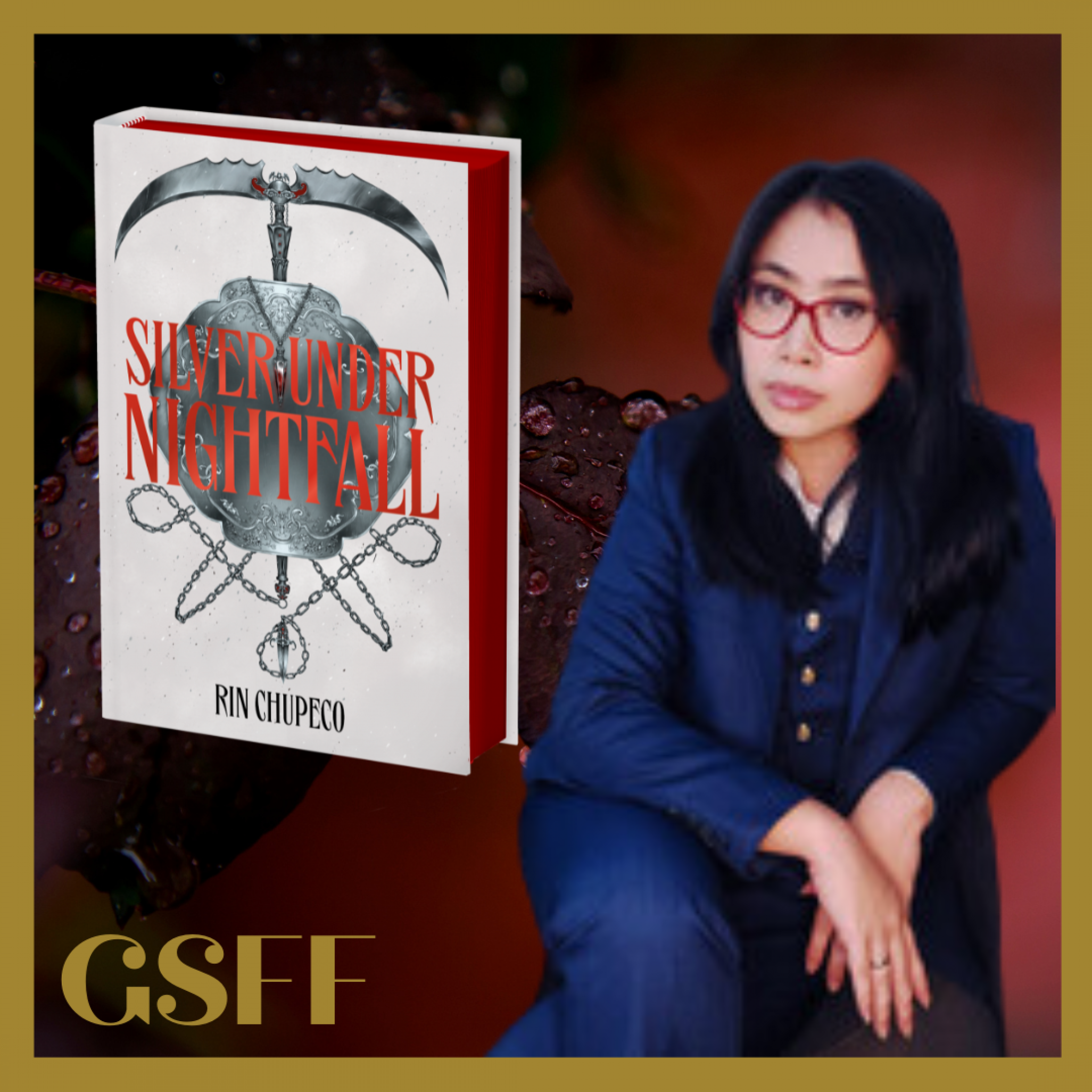 With blends of the classic vampire genre along with themes for the more modern reader, Rin Chupeco has made a great entry into the genre as her first adult fantasy novel. Read more directly from her in this author letter below.

I’ve been writing books for young adults since 2014, but I had always wanted to try my hand at an adult fantasy book, a particular itch I didn’t get to scratch until nearly seven years later. I tried to be thoughtful about themes and issues in all my YA series and wrote primarily for my teen readers, but when I first envisioned Silver Under Nightfall all I wanted was to be self- indulgent. I wanted to write for myself as my own target market, a book that would be my first choice to pick up and read. I wanted to write something that was fun and enjoyable and ridiculous. I wanted to write a protagonist who I can see more of myself in than any other character I’d ever written – someone who ran their mouth off a lot, was a bit pathetic and very awkward, who always felt out of place. But at the same time I wanted someone who was also very unlike me, to provide that necessary distance I needed to write honestly – someone who was far braver in their choices than I was, far kinder in their actions. And once that idea solidified Remy was there, kicking those doors in my mind open and going “Well? What are you waiting for?”

I wanted to write a setting with ties to the Regency era (if you squint a little, maybe get a new pair of glasses), but also pepper in some modern vocabulary and expressions so that it wasn’t really. I wanted to write about sex, but intimately rather than explicitly. I wanted healthy and unhealthy relationships, filtered through my own experiences of what I think happiness ought to look like.

I’m a huge fan of vampires and gothic fiction, and spent a distressing majority of my childhood playing games like Castlevania and Vampire the Masquerade on as many consoles as I could get my hands on, so of course I wanted them romantic, vicious, but still human in many ways. I started reading horror early (Stephen King’s Pet Sematary at seven years old, which my parents weren’t necessarily happy about despite constantly encouraging me to read). From there I’ve read, watched, and found favourites in The Vampire Lestat, Vampire Hunter D, Salem’s Lot, Vampire Princess Miyu, Buffy. There were so many subversions of what vampires ought and ought not to be, and I wanted to put my own stamp into a genre that I have loved for so long, just to show my appreciation of all these vampires I adore.

And this is the result of all those eccentricities.

It’s strange to say that Silver Under Nightfall is all about humanity when there are kindred crawling out from every corner of this book. But vampires are all about being outsiders in a place where you don’t always feel like you belong, and it’s that otherness that both repels and attracts me, as I think it does so many the world over. Most importantly, I just wanted to write about something fun, and this is what fun looks like to me. Thank you so much for going on this mad journey with Remy, Xiaodan, and Zidan, and I hope you enjoyed the ride!