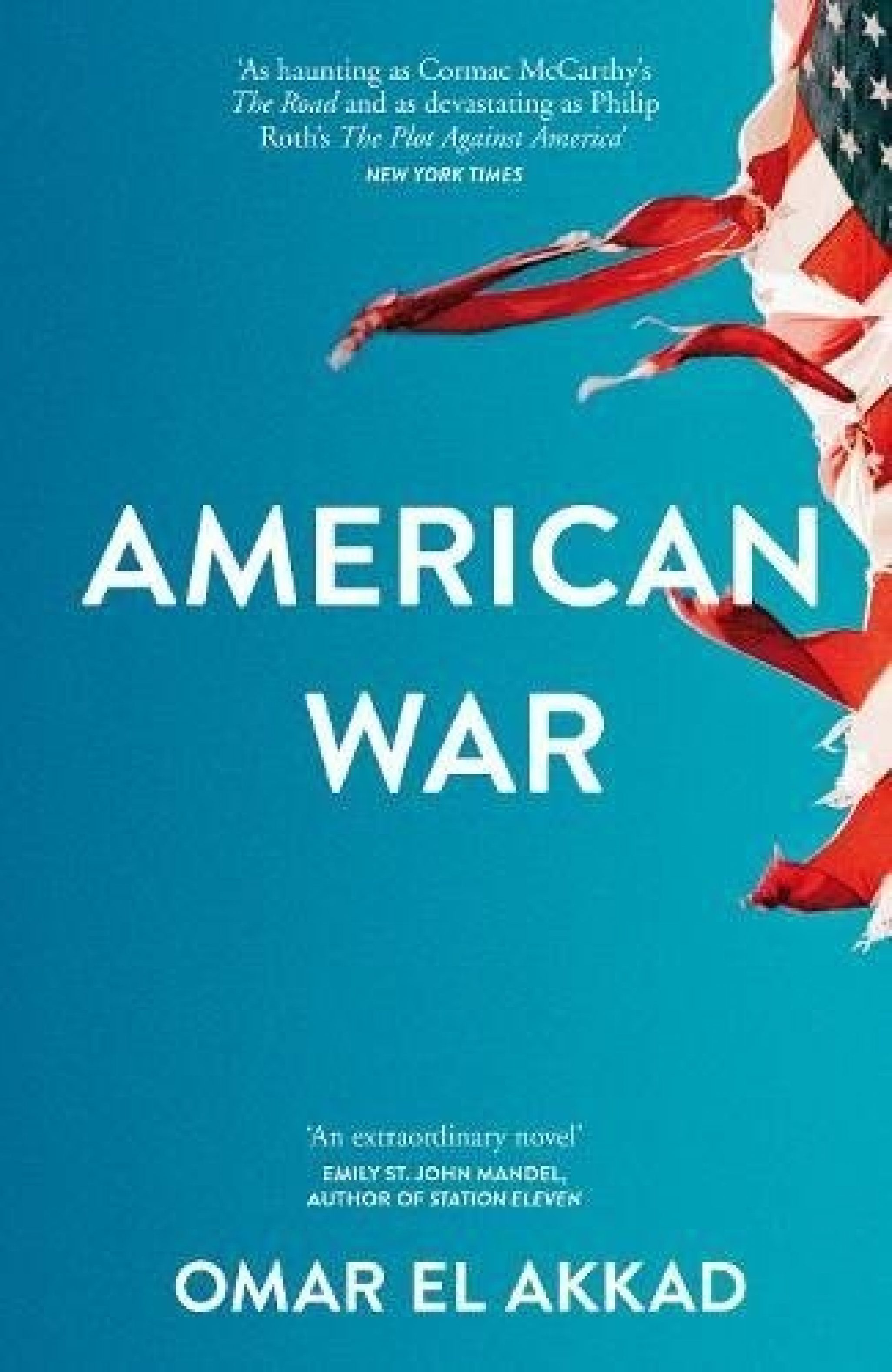 Last piece I wrote for the Goldsboro blog I talked about one of my very favourite books this year, and this time I’m going to tell you about one of the others (You Don’t Know Me by Imran Mahmood falls into the same category as this book I’m about to talk of, along with My Absolute Darling).

American War by Omar El Akkad is quite simply superb. This is a book that utterly floors you and affected me in a way that a book hasn’t done for a very long time, if ever. It engaged and interested me, but it absolutely terrified me. Not because it’s a horror novel, but because everything about it is so harrowing and plausible, and it’s all going on right now in the world we live in.

Let me rewind. I’m getting ahead of myself…

American War begins in 2074 and moves on in time from there. This is not science fiction, though. This novel imagines an America where a second American Civil War has broken out and a devastating plague has ravished the country. Yet you would never know you’re reading a book set in the future, so don’t go away thinking that this is just another post-apocalyptic novel. Far from it. This book is audacious, bold, devastating and blew me away in its terrifying plausibility and sheer brilliance. You feel like this could happen any day now, and then the knowledge that the horrible torture and refugee crisis are actually currently taking place elsewhere in the world, scare you that much more. This book doesn’t hold back with any of its huge-hitting punches and I’ve never before had to put down a book and take such a deep breath because the content affected me so deeply.

Yet make no mistake - this book is beautiful. The prose is smart and haunting, capturing the lives of an innocent family that gets caught up in the turmoil of the civil war and El Akkad expertly leads us through the lives of the members of this family, all at once gently guiding us and then heartbreakingly letting us understand how they come to the decisions they are forced to make.

I’d go so far as saying American War is masterful, and passionately urge everyone to pick it up.

Goldsboro will be selling an exclusive signed and numbered edition, with sprayed edges and a beautiful ribbon marker. This is a special book that deserves a special edition.

Some praise from people far more important than me:

‘American War creates as haunting a post-apocalyptic universe as Cormac McCarthy did in The Road, and as devastating a look at the fallout that national events have on an American family as Philip Roth did in The Plot Against America . . . El Akkad has written a novel that not only maps the harrowing effects of violence on one woman and her family, but also becomes a disturbing parable about the ruinous consequences of war on ordinary civilians.’

(Michiko Kakutani New York Times) ‘American War is an extraordinary novel. El Akkad’s story of a family caught up in the collapse of an empire is as harrowing as it is brilliant, and has an air of terrible relevance in these partisan times.’

(Emily St. John Mandel, author of Station Eleven) ‘Disturbingly plausible . . . a tale of a future America torn asunder by its own political and tribal affiliations . . . The novel’s thriller premise notwithstanding, Akkad applies a literary writer’s care to his depiction of Sarat’s psychological unpacking and the sensory details of her life . . . Whether read as a cautionary tale of partisanship run amok, an allegory of past conflicts or a study of the psychology of war, American War is a deeply unsettling novel. The only comfort the story offers is that it’s a work of fiction. For the time being, anyway.’