An Introduction to Blood and Sugar by Laura Shepherd-Robinson 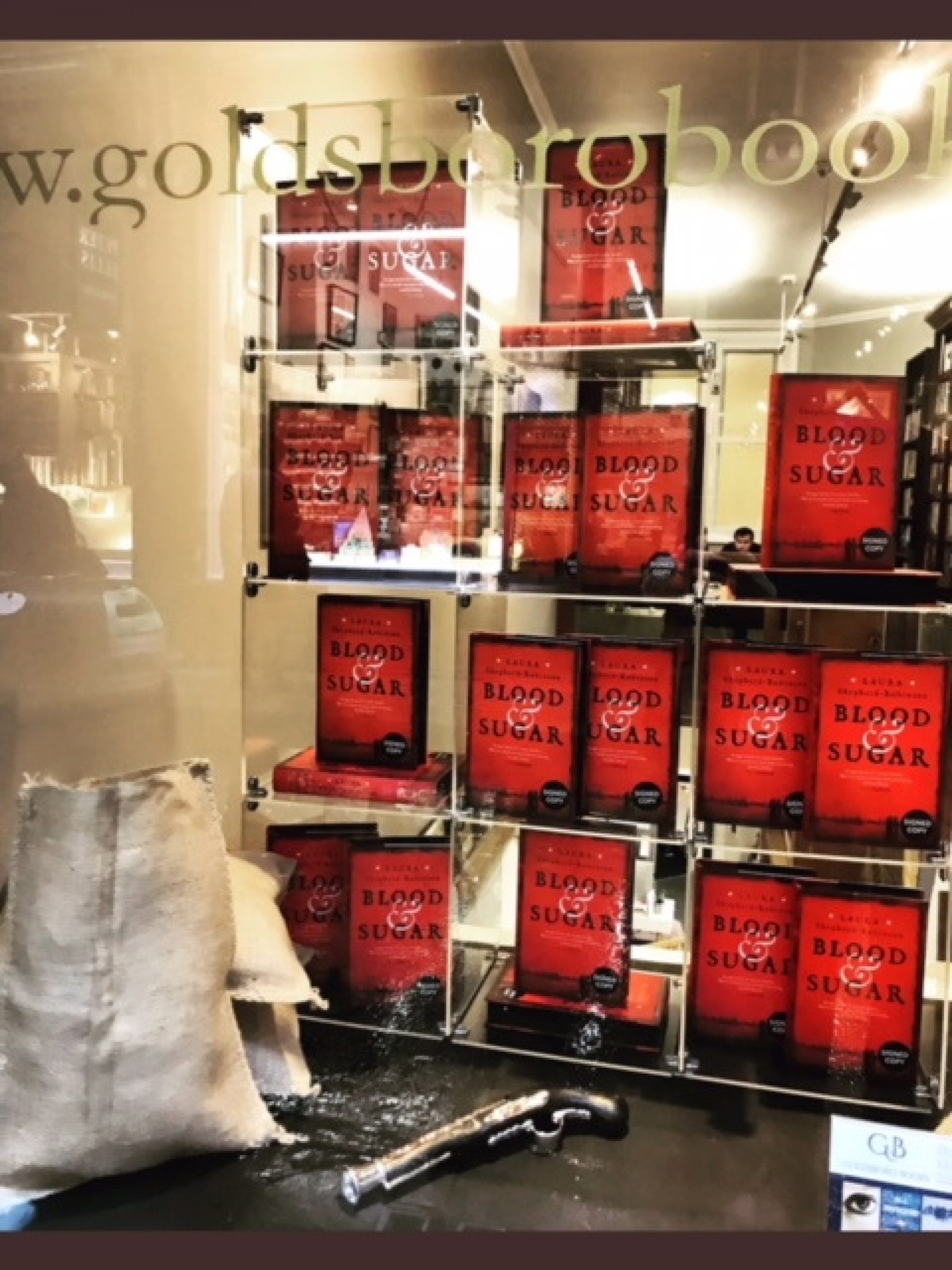 When I first decided to write a novel, I knew it would have to be historical crime. It is a genre I love: the experience of discovering our past, whilst also being gripped by an intricate plot and bold characters. I also knew it would have to be set in the eighteenth century, a period that has always fascinated me. So enlightened and modern in some respects, and in others so primitive and brutal, it is for me the perfect era for writing crime. Because, in my opinion, the best novels are those that explore complex issues within the context of a page-turning plot, and that’s exactly what I sought to do with Blood & Sugar.

Set in Georgian London, with much of the action taking place in Deptford – then a port five miles downriver from the city – the plot centres around Britain’s slaving history, perhaps the most vivid example of the eighteenth century’s struggle between enlightenment values and naked, barbaric greed. And through the medium of a gripping murder mystery, I wanted to shine a light on Britain’s involvement in this brutal trade.

Slavery’s legacy is all around us. Its enduring effects on communities on all sides of the Atlantic are a stain as much on the present as the past. Yet slavery didn’t just happen in Africa, America and the Caribbean, it happened here in Britain. Terrible crimes against humanity were conceived in London’s drawing rooms; black slaves were forced to work as servants in British households, often beaten and abused; and when the legal system grudgingly conceded that slavery was incompatible with Magna Carta, black slaves were kidnapped from British shores and covertly returned to their masters’ Caribbean plantations. However, despite this brutality, most slave merchants were prominent, admired figures in society, often lauded for their Christian values. And so in Blood & Sugar, I had to be careful to depict slavery as it was understood then: a perfectly respectable trade, invested in by the kingdom’s wealthiest men, opposed only by a few religious and political extremists.

This landscape of vested interests, political machinations, and an industry then worth millions to the British government, who would go to any lengths to defend their revenues, seemed like the perfect backdrop for a gripping historical crime novel. However as well as this, (and the murder that is central to the plot. . .), Blood & Sugar, is also the story of one man. My hero, Harry Corsham, is torn between head and heart, ambition and principle, honour and duty. His efforts to uncover the mysteries he encounters in Deptford risk his career, his family’s happiness and his life. His struggles to remain true to himself and his beliefs are driven by his memories of a dead man he refuses to forget. Perhaps most of all, Blood & Sugar is a story about love and friendship, the kind that lasts a lifetime and beyond.

I am so excited and honoured that Goldsboro, the loveliest bookshop in London, has chosen to make Blood & Sugar their book of the month. Their beautiful limited edition has pride of place on my bookshelf, and I am so excited to be able to share it with you.

I do hope you enjoy it.

Buy an exclusive edition of our February Book of the Month, Blood and Sugar