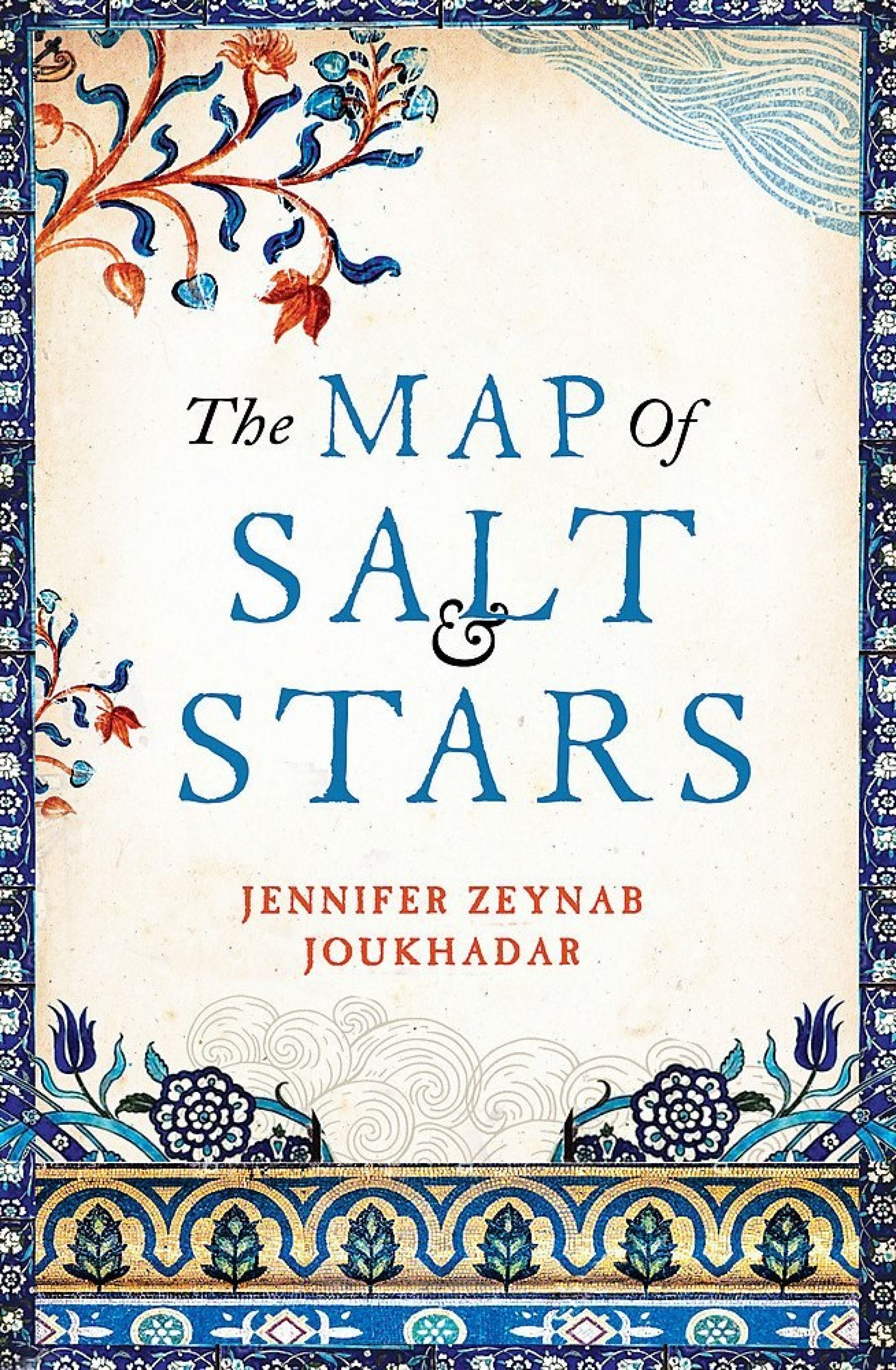 I am honoured and excited that my debut novel The Map of Salt and Stars is the May Book of the Month at Goldsboro Books. When I first started writing this book, I wanted to tell a story about the power of stories to heal us, to sustain us, and to remind other folks in the Syrian diaspora of our history and heritage.

Nour, the protagonist of the novel, is a Syrian American girl from New York City who has just lost her father to cancer in 2011 when her mother decides to move her and her two older sisters back to the Syrian city she grew up in. But the timing is wrong, and when Nour and her family lose their home to the worsening conflict, they must flee and seek safety elsewhere. As they travel across the Middle East and North Africa as refugees, Nour tells herself a story that her father once told her: the story of the real 12th-century Muslim mapmaker Abu Abd Allah Muhammad al-Idrisi and his fictional apprentice, Rawiya, a girl from the North African city of Ceuta who leaves home disguised as a boy to apprentice herself to the mapmaker and support her family. As Nour and Rawiya travel identical geographical paths 800 years apart, both girls struggle with what it means to make a map of a home they’ve left behind.

I hope that you check out the book, and for readers who haven’t read much about the war in Syria or the refugee crisis, that it provides you with an opportunity to learn more about the country my family comes from, about the Syrian people, and about the rich history of the Islamic world. I hope you will come away from The Map of Salt and Stars, dear reader, with more empathy and understanding than you had before, and that if you do happen to have roots in the Levant or in North Africa, that the novel can serve as a reminder of history, of community, and of the many ways we can define (and redefine) home. Growing up, I didn’t often see Arab Americans or Muslims or interfaith families represented in Western literature; I didn’t often see myself on the page. I hope this book will serve as a reminder that we can be the heroes of our own stories and a reminder of the importance of uplifting each other’s voices.

Above all, dear reader, I hope that you will come away from reading The Map of Salt and Stars remembering that we have so much that we cannot lose if we remember where we come from. When we come together in community and tell our stories, bearing witness to who and what we love, we are never alone.