An introduction to VOX by Christina Dalcher 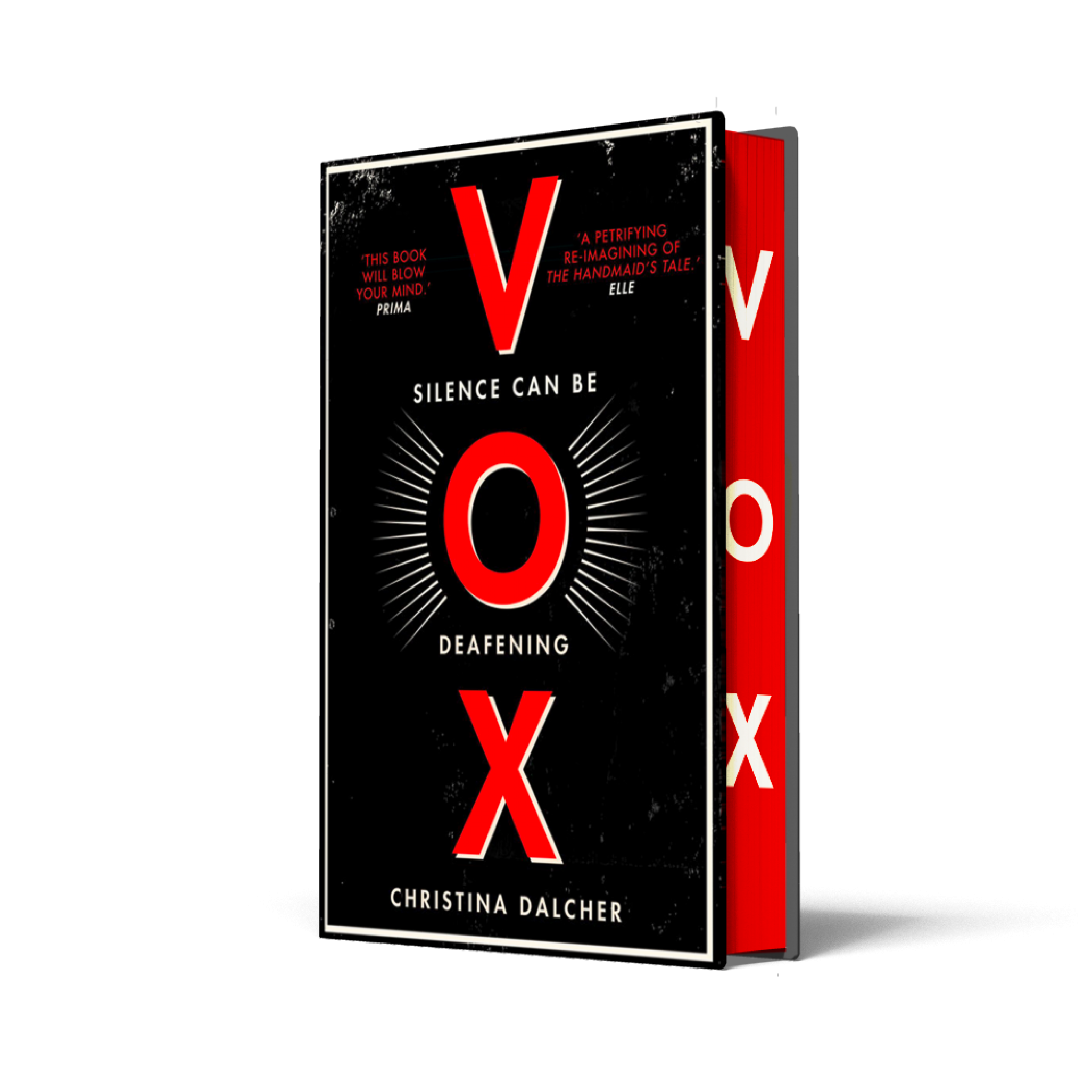 I have some serious doubts that the women in my novel, VOX, would agree. You see, they spend their days in a sort of personal silence, thanks to the Pure Movement—a puritanical backlash sanctioned by the government that limits all females, from the old to the neonatal, to a daily quota of one hundred words. The penalties for exceeding this limit, as you’ll see, are shocking. I mean that quite literally, so there's very little golden about silence to the protagonist, Dr. Jean McClellan.

Almost a year has passed since I typed “The End” on the last page of VOX, so I’ve had plenty of time to think about this novel that seemed to have come from nowhere. And everywhere.

I say ‘everywhere’ because, in hindsight, I piled so much into VOX—a little language science, a little politics, a little sex, and (of course) a healthy sprinkling of terror. Still, I wouldn’t have written it any other way. I would have created the same complicated mash-up of women’s fiction, dystopia, and linguistic thriller. And I’d be okay with that.

Stories, I think, like people, are never really about only one thing. We start in a certain place, and often end up in a different one. That is to say, we travel.

In VOX, Jean does quite a bit of traveling herself, some of it up front, some behind the scenes. She travels from a position of renowned expert to housewife, from passivity to action, from a silent corner to the middle of a government conspiracy. Along the road, Jean deals with the restriction of her speech (speech, ironically, being the thing she’s devoted her professional life to, at least in one sense). She lives through domestic disputes, personal regrets, and the ever-present ghost of an old friend who predicted the horrors that women in the world of VOX now deal with every day.

Jean, who spent her life working to restore lost voices, ends up losing her own. Why? Because she never used it.

I have a long list of ideas and arguments that I’d love readers to take away from VOX after they turn that final page. If I wrote them all down, I’d likely be on the verge of something almost as long as the novel. So in the interest of parsimony, may I suggest these few?

First, I hope this book makes you think about the power of language, that uniquely human capacity that separates us from the rest of the animal kingdom. Second, I hope VOX stirs you to go out and cast a vote in your next election—to use your voice. Finally, it would give me great pleasure if you enjoy reading my novel as much as I enjoyed writing it. Whatever else VOX is, it’s a story, a work of fiction, a thing I made up for all sorts of reasons, but mostly because I wanted to tell you a story.

Order an exclusive edition with sprayed edges of VOX now!