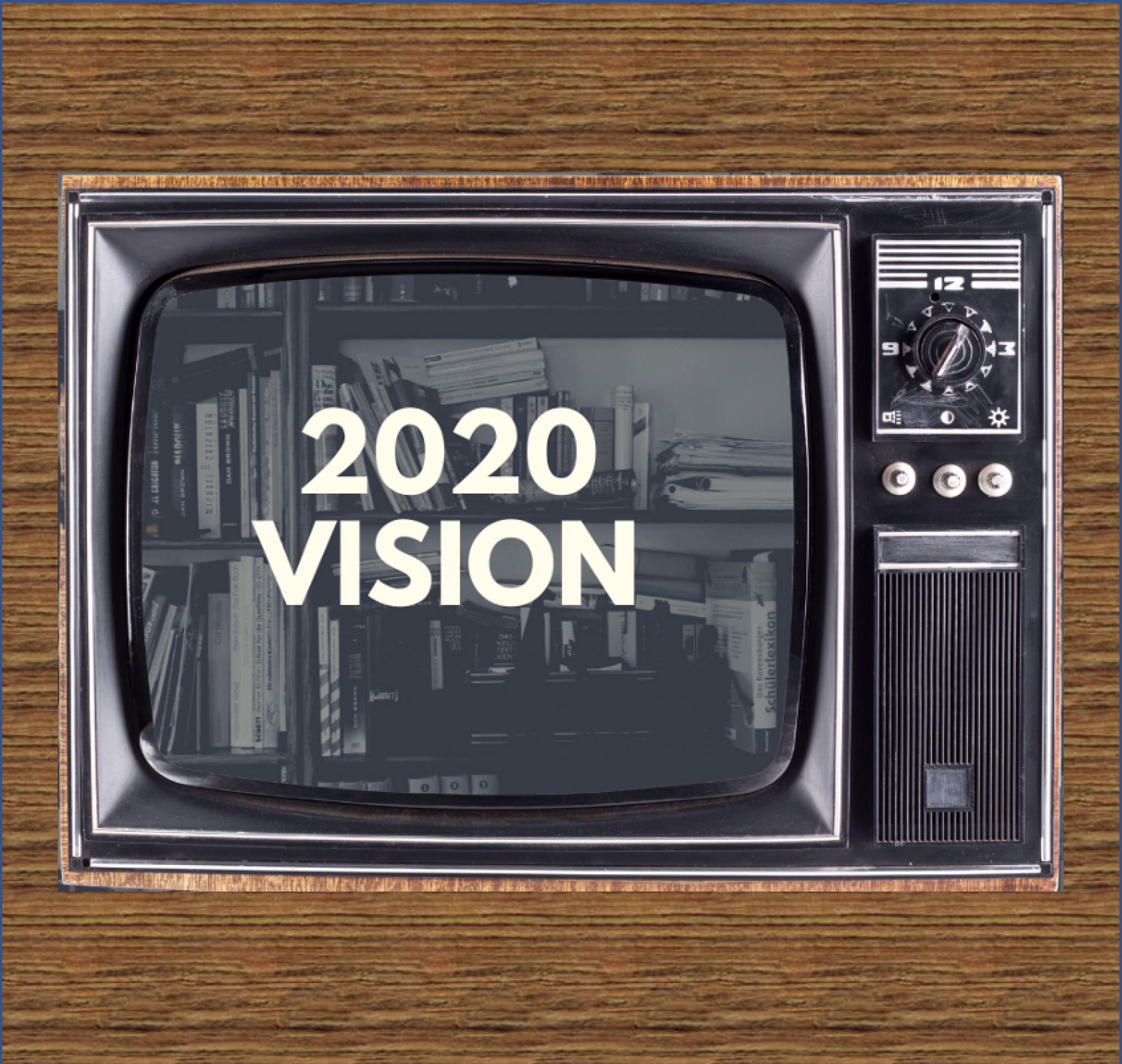 I’ve discovered that there will be a number of books-to-screen adaptations in 2020. It is always difficult to know whether the adaptations will do justice to the books that we love.

I have included 16 titles that sound reasonably sure to be released in 2020. Specific information isn’t always readily available.

So why not get in there and read the book first? We still have first editions available of some titles. Click on the title to discover more.

This much anticipated six-part series is based on Eleanor Catton’s Man Booker Prize winning novel, which has been adapted for the screen by Catton herself.

It is 1866, and Walter Moody has come to make his fortune upon the New Zealand goldfields. On arrival, he stumbles across a tense gathering of twelve local men, who have met in secret to discuss a series of unsolved crimes. A wealthy man has vanished, a whore has tried to end her life, and an enormous fortune has been discovered in the home of a luckless drunk. Moody is soon drawn into the mystery: a network of fates and fortunes that is as complex and exquisitely patterned as the night sky.

The fourth novel in the Cormoran Strike series written by JK Rowling (under the pseudonym Robert Galbraith) has been adapted for BBC One and is set to air in 2020. The series follows private investigator, Strike (Tom Burke), and his sleuthing partner, Robin Ellacott (Holliday Grainger).

The series begins when Strike receives an unsolicited visit from a troubled young man, Billy Knight, who is obviously mentally distressed, who cannot remember many concrete details, claims to have witnessed a child being strangled and buried many years ago.

And during this labyrinthine investigation, Strike's own life is far from straightforward: his newfound fame as a private eye means he can no longer operate behind the scenes as he once did. Plus, his relationship with his former assistant is more fraught than it ever has been - Robin is now invaluable to Strike in the business, but their personal relationship is much, much trickier than that . . .

The Cuckoo’s Calling, The Silkworm and Career of Evil, from the Strike series, have previously been adapted for BBC One. Click below for the current full set of Robert Galbraith.

Shield walls at the ready! In a land torn apart by conflict, an orphan boy has come of age. Raised by the Vikings, deadly enemies of his own Saxon people, Uhtred is a fierce and skilled warrior who kneels to no-one.

Alfred – Saxon, king, man of god – fights to hold the throne of the only land still resisting the pagan northerners.

Uhtred and Alfred’s fates are tangled, soaked in blood and blackened by the flames of war. Together they will change history.

A ship sets sail with a killer on board . . . 1859. This tale is set in the dying days of Hull’s whaling industry in the late 1850s and covers a six-month voyage to the Arctic on a Greenland whaler, the Volunteer.

Having left the British Army with his reputation in tatters, Patrick Sumner has little option but to accept the position of ship's surgeon on this ill-fated voyage. But when, deep into the journey, a cabin boy is discovered brutally killed, Sumner finds himself forced to act. Soon he will face an evil even greater than he had encountered at the siege of Delhi, in the shape of Henry Drax: harpooner, murderer, monster . . .

This Man Booker-nominated novel has been adapted and directed by Andrew Haigh for the BBC. BAFTA winner Jack O’Connell will star in the BBC as Patrick Sumner alongside Colin Farrell as the evil, Henry Drax.

Except he was seventy miles away, with an iron-clad alibi.

Detective Anderson sets out to investigate the impossible: how can the suspect have been both at the scene of the crime and in another town?

This gripping thriller is coming to screens early January in the US, so I suspect it will appear on Sky Atlantic in the UK later in the month. It will transmit as a ten episode series.

This hugely popular coming-of-age novel has been adapted for BBC Three as a 12-part series which has also been scripted by the award-winning author herself.

Connell and Marianne grow up in the same small town in the west of Ireland, but the similarities end there. In school, Connell is popular and well-liked, while Marianne is a loner. But when the two strike up a conversation - awkward but electrifying - something life-changing begins.

Normal People is a story of mutual fascination, friendship and love. It takes us from that first conversation to the years beyond, in the company of two people who try to stay apart but find they can't.

Daisy Edgar Jones has been cast as Marianne and Paul Mescal will play Connell.

In the classic mystery by Queen of Mystery Agatha Christie, an elderly priest is murdered, quite possibly doomed by a woman’s deathbed confession and by the secrets kept safely locked behind closed doors of a mysterious local pub.

When an elderly priest is murdered, the killer searches the victim so roughly that his already ragged cassock is torn in the process. What was the killer looking for? And what had a dying woman confided to the priest on her deathbed only hours earlier?

Mark Easterbrook and his sidekick Ginger Corrigan are determined to find out. Maybe the three women who run The Pale Horse public house, and who are rumored to practice the “Dark Arts,” can provide some answers?

Sherlock creators Steven Moffat and Mark Gatiss have penned an adaptation of the iconic tale of Dracula, starring Danish actor Claes Band as the blood-sucking vampire created by Bram Stoker for his 1897 novel. This is a three-part series, which also stars John Heffernan and Gatiss himself.

Sephy is a Cross: she lives a life of privilege and power. But she's lonely, and burns with injustice at the world she sees around her.

Callum is a nought: he's considered to be less than nothing - a blanker, there to serve Crosses - but he dreams of a better life.

They've been friends since they were children, and they both know that's as far as it can ever go. Noughts and Crosses are fated to be bitter enemies - love is out of the question.

Then - in spite of a world that is fiercely against them - these star-crossed lovers choose each other.

But this is love story that will lead both of them into terrible danger . . . and which will have shocking repercussions for generations to come.

Sam Heughan and Caitriona Balfe reprise their roles as the beloved Jamie and Claire in a fifth series of Outlander, which will see the pair facing new challenges, adversaries and adventures as the show delves into American history and continues the story of the Frasers settling in the New World.

After the hugely successful TV version of His Dark Materials, another series will continue Lyra’s story in the adaptation of The Subtle Knife, the second novel in Philip Pullman’s cult fantasy trilogy.

The books are set in Oxford, in an alternative world, where people are accompanied by their daemons – a physical manifestation of a person’s soul, which takes the form of an animal.

Having slipped through a newly formed astral portal, the intrepid Lyra finds herself in the beautiful, haunted world of Città gazze--a city where soul-eating Specters stalk the streets and the wingbeats of distant angels sound against the sky. But she is not without allies. For young Will Parry, in search of his father, has also stumbled into this strange new realm via a magic gateway. Together the enlightened pair forge ahead on a perilous journey between worlds teeming with witches, angels, and sorcery--and uncover a deadly secret: an object of extraordinary and devastating power. But with every step, they move closer to an even greater threat--and the shattering truth of their own destiny . . .

Real witches dress in ordinary clothes and look like ordinary women. But they are not ordinary.

They are always plotting and scheming with murderous, bloodthirsty thoughts - and they HATE children.

The Grand High Witch hates children most of all and plans to make every single one of YOU disappear.

Only one boy and his grandmother can stop her, but if their plan fails, the Grand High Witch will frizzle them like fritters, and then what . . . ?

The Woman in the Window – A J Finn

This surprise bestseller was due to be released on the big screen in October 2019 but due to some negative audience feedback, it has, apparently, had scenes reshot and edited.

What did she see?

It’s been ten months since Anna Fox last left her home. Ten months during which she has haunted the rooms of her old New York house, lost in her memories, too terrified to step outside.

Anna’s lifeline to the real world is her window, where she sits, watching her neighbours. When the Russells move in, Anna is instantly drawn to them. A picture-perfect family, they are an echo of the life that was once hers.

But one evening, a scream rips across the silence, and Anna witnesses something horrifying. Now she must uncover the truth about what really happened. But if she does, will anyone believe her? And can she even trust herself?

This movie adaptation of A Good Shepherd will be retitled Greyhound, and is a riveting classic of WWII and naval warfare from one of the 20th century's masters of sea stories.

The mission of Commander George Krause of the United States Navy is to protect a convoy of thirty-seven merchant ships making their way across the icy North Atlantic from America to England. There, they will deliver desperately needed supplies, but only if they can make it through the wolfpack of German submarines that awaits and outnumbers them in the perilous seas. For forty-eight hours, Krause will play a desperate cat and mouse game against the submarines, combating exhaustion, hunger, and thirst to protect fifty million dollars' worth of cargo and the lives of three thousand men.

No scheme is too dastardly, no plot too devious. And he's just discovered that fairies are real.

But these are not the cuddly creatures of bedtime stories. They are armed. They are dangerous. And when Artemis captures Captain Holly Short for her fairy gold, he messes with the wrong elf.

Holly isn't armed but she's incredibly dangerous, and pretty annoyed with all the kidnapping.

Artemis Fowl is about to find out that fairies fight back . . .

Set in India in 1951, Vikram Seth's novel is, at its core, a love story: the tale of Lata - and her mother's - attempts to find her a suitable husband, through love or through exacting maternal appraisal. At the same time, it is the story of India, newly independent and struggling through a time of crisis as a sixth of the world's population faces its first great general election and the chance to map its own destiny.

Directed by Oscar and BAFTA-nominated director, Mira Nair, the novel has been adapted as a six-part series for the BBC.