An evening of crime fiction 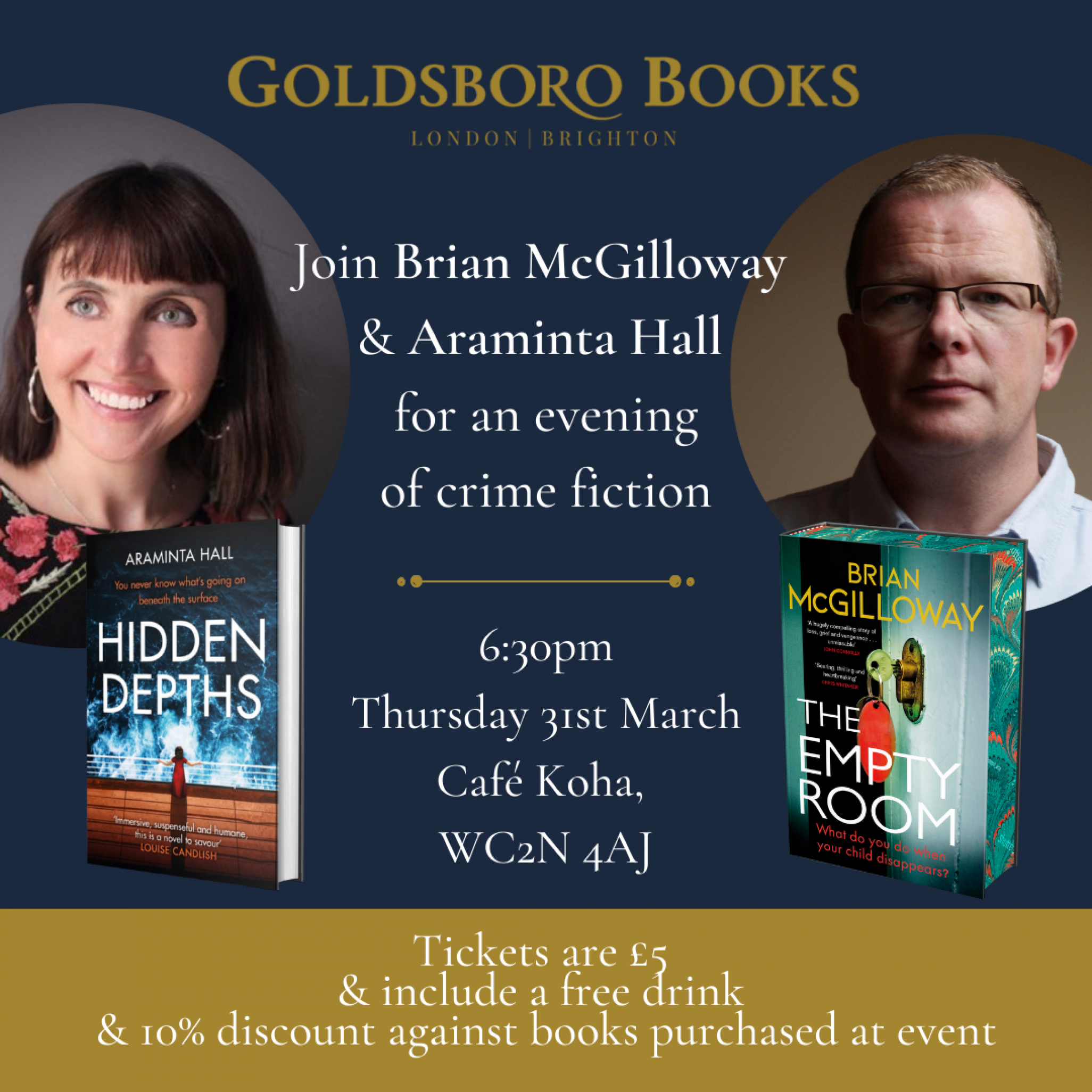 Join us for a deliciously dark crime-filled evening with two writers at the top of their game: Brian McGilloway and Araminta Hall. Brian and Araminta will be chatting about their new books, THE EMPTY ROOM and HIDDEN DEPTHS, as well as their writing process and publishing journey thus far. There will also be the chance for guests to ask the authors any burning questions…

Copies of both books will be available to buy on the night, and with each ticket, guests will receive a free drink on arrival and 10% off all book purchases. Additionally, on buying a ticket, each guest will be automatically entered into a prize draw to win a recent selection of Prem1ier and GSFF Book Club picks!

Brian McGilloway’s debut, BORDERLANDS, was shortlisted for the CWA New Blood Dagger and was hailed by The Times has ‘one of (2007’s) most impressive debuts’. Brian’s fifth novel, LITTLE GIRL LOST, which introduced a new series featuring DS Lucy Black, won the University of Ulster’s McCrea Literary Award in 2011 and was a New York Times bestseller in the US and a No.1 bestseller in the UK. His tenth novel, and first standalone, THE LAST CROSSING, was published in Spring 2020. His new standalone novel, THE EMPTY ROOM, will be published in March 2022 and is Goldsboro Books' Prem1er Book of the Month for April.

Araminta Hall has worked as a writer, journalist and teacher. Her first novel, EVERYTHING & NOTHING, was published in 2011 and became a Richard & Judy read that year. DOT was published in 2013. She is the great niece of Dodie Smith and great-granddaughter of Lawrence Beesley, who survived the Titanic and wrote a bestselling account of the tragedy in the book, The Loss of the SS Titanic. OUR KIND OF CRUELTY was published by Penguin Random House in 2018 and PERFECT STRANGERS was published in August 2020 by Orion. Goldsboro Books are lucky enough to have an exclusive limited edition of Araminta’s new book, HIDDEN DEPTHS, a dark and mysterious thriller, set aboard the Titanic and inspired by her great-grandfather.

Tickets on sale now! Just head over to our Events Page.