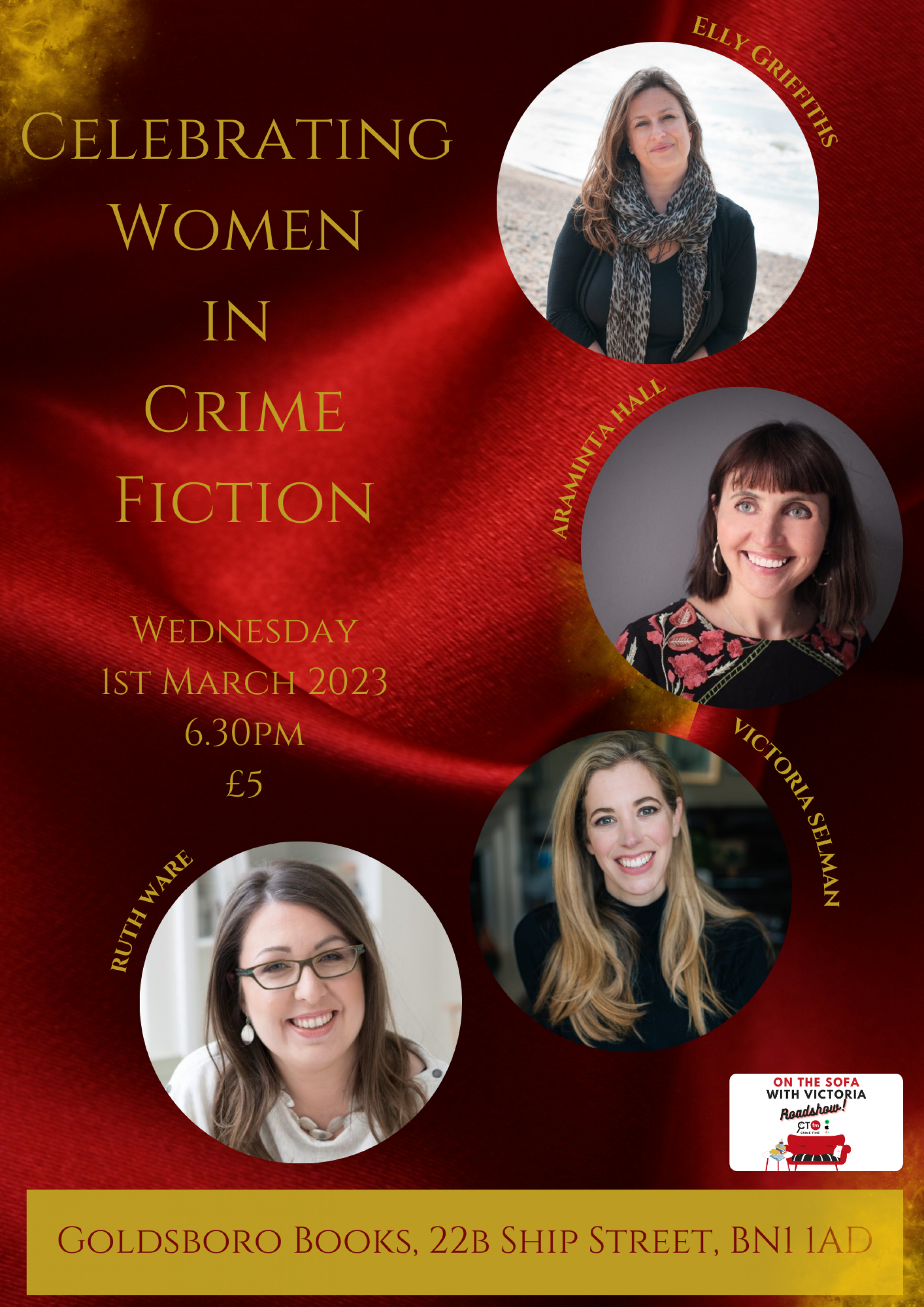 Join us for a very special evening, celebrating some of the top female writers in crime fiction today.

Elly Griffiths, Araminta Hall, Victoria Selman and Ruth Ware will be talking all things books, crime, and discussing what it means to be a female crime writer in 2022.

Copies of the latest books from these bestselling novelists will be available to purchase, and there will be a signing after the event. Complimentary drinks will also be available.

Elly Griffiths was inspired to start writing the Dr Ruth Galloway Mystery series after her husband gave up a city job to train as an archaeologist. Further inspiration came from her aunt who lives on the Norfolk coast and who filled her head with the myths and legends of that area. Elly has two children and lives near Brighton. Her first novel, The Crossing Places, was shortlisted for the Theakston’s Old Peculiar Crime Novel of the Year Award and the Mary Higgins Clark Edgar Crime Novel of the Year Award. Her latest novel, Bleeding Heart Yard, featuring brand new protagonist Harbinder Kaur, was published in September 2022.

Araminta Hall has worked as a writer, journalist and teacher. Her first novel, Everything & Nothing, was published in 2011 and became a Richard & Judy read that year. She teaches creative writing at New Writing South in Brighton, where she lives with her husband and three children. She is the great niece of Dodie Smith and great granddaughter of Lawrence Beesley, who survived the Titanic and wrote a bestselling account of the tragedy in the book, The Loss of the SS Titanic. Her latest novel is Hidden Depths which was published in March 2022, and is inspired by her great grandfather's experience.

Victoria Selman read History at Oxford University and holds certificates in criminal profiling and criminal psychology. She is the author of the Ziba MacKenzie criminal profiler series (Thomas & Mercer). Her first novel, Blood for Blood was an instant Amazon #1 bestseller topping the Kindle charts for five weeks. It was shortlisted for the CWA Debut Dagger Award and has sold over half a million digital copies. Her most recent crime thriller, Truly, Darkly, Deeply, was an instant Sunday Times bestseller.

Ruth Ware grew up in Lewes, in Sussex and she is the #1 New York Times-bestselling author of In a Dark, Dark Wood, The Woman in Cabin 10, and The Lying Game. Ruth’s books have also won or been nominated for various awards: In a Dark, Dark Wood won NPR best book of 2015 and RT Reviewer’s Choice Award for Best Suspense Novel; The Woman in Cabin 10 was nominated for the 2016 Goodreads Choice Awards, Best Mystery & Thriller. One by One was shortlisted for the 2021 Ian Fleming Steel Dagger Award at the Crime Writers Association Awards. Her latest book, The It Girl, was published in 2022. Ruth's books have been published in over 40 territories.