DEBUTS, BESTSELLERS AND A BOOKER WINNER 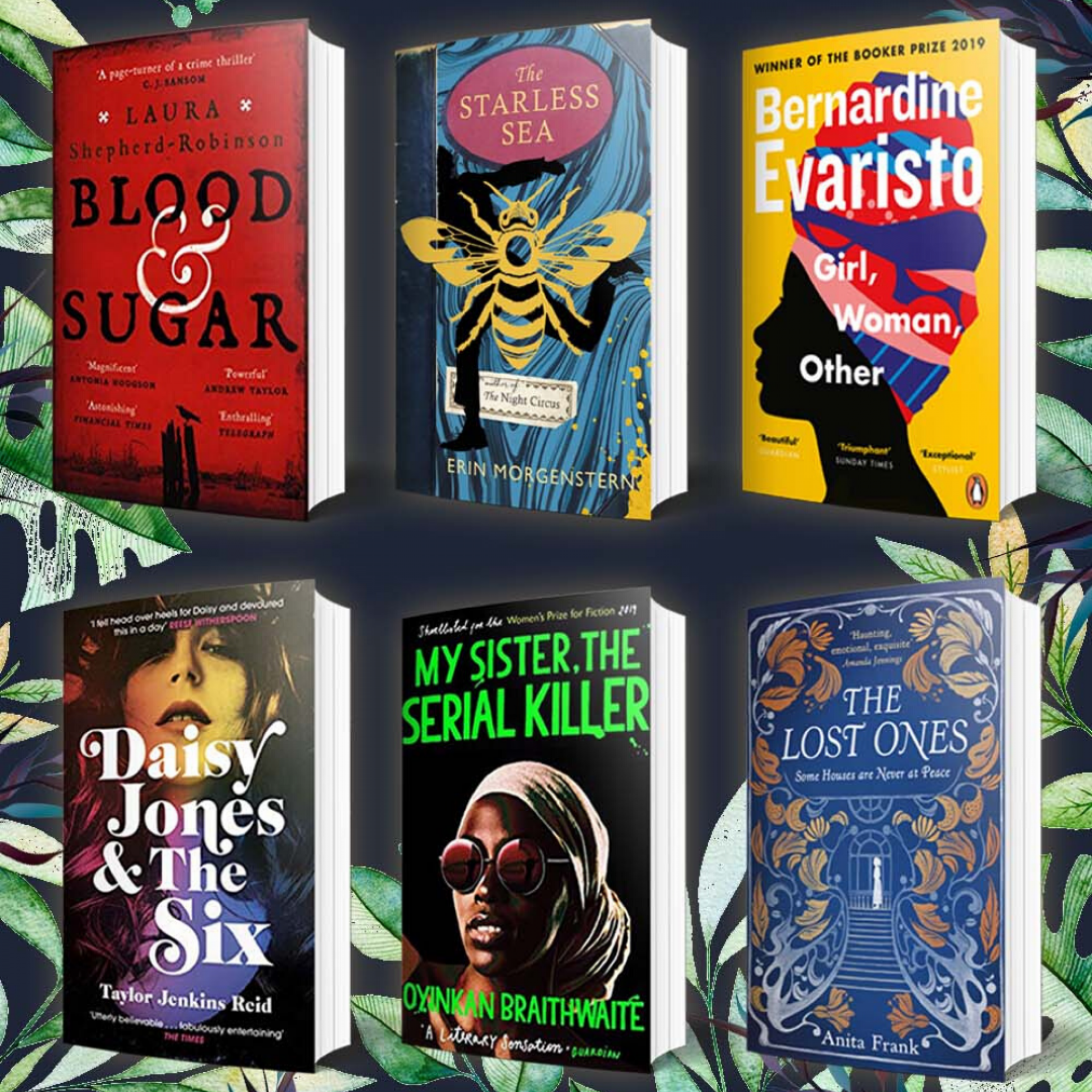 A Booker-winning story of intergenerational black womanhood, a serial boyfriend killer thriller, a historical novel about the slave trade, a fantastical tale of a secret library, a post-war ghost story and a tale of rock and roll excess are in contention for the 2020 Goldsboro Books Glass Bell Award, announced today (Monday, 11th May).

Bernardine Evaristo and New York Times #1 bestseller Erin Morgenstern have both made the shortlist – Evaristo for her award-winning Girl, Woman, Other, an exploration of what it means to be a black British woman, and Morgenstern for her long-awaited second book The Starless Sea, an enchanting and immersive fantasy novel.

They are accompanied by three critically acclaimed debuts, Oyinkan Braithwaite’s darkly comic My Sister, the Serial Killer, about a woman who must cover up her younger sister’s habit of killing her boyfriends; Blood & Sugar by Laura Shepherd-Robinson, a historical thriller about the horrors of the slave trade; and the haunting and beguiling ghost story The Lost Ones by Anita Frank.

Rounding off the list is the critically acclaimed Daisy Jones and The Six by Taylor Jenkins Reid, written as the fictionalised oral history of a 1970s rock and roll band called The Six.

David Headley, Goldsboro Books co-founder and MD, and founder of the Glass Bell, says: ‘Losing yourself in an incredible story is one of the greatest comforts available to us in these trying times – and each of these stories construct very different but equally immersive worlds for readers to inhabit. This shortlist highlights six of the best writers of fiction around today – who all happen to be women! I’m looking forward to our judging discussions – there’s so much to be said about each one of these remarkable novels, and choosing a winner will difficult but very rewarding.’