Flies in a Jar by Chris McGeorge 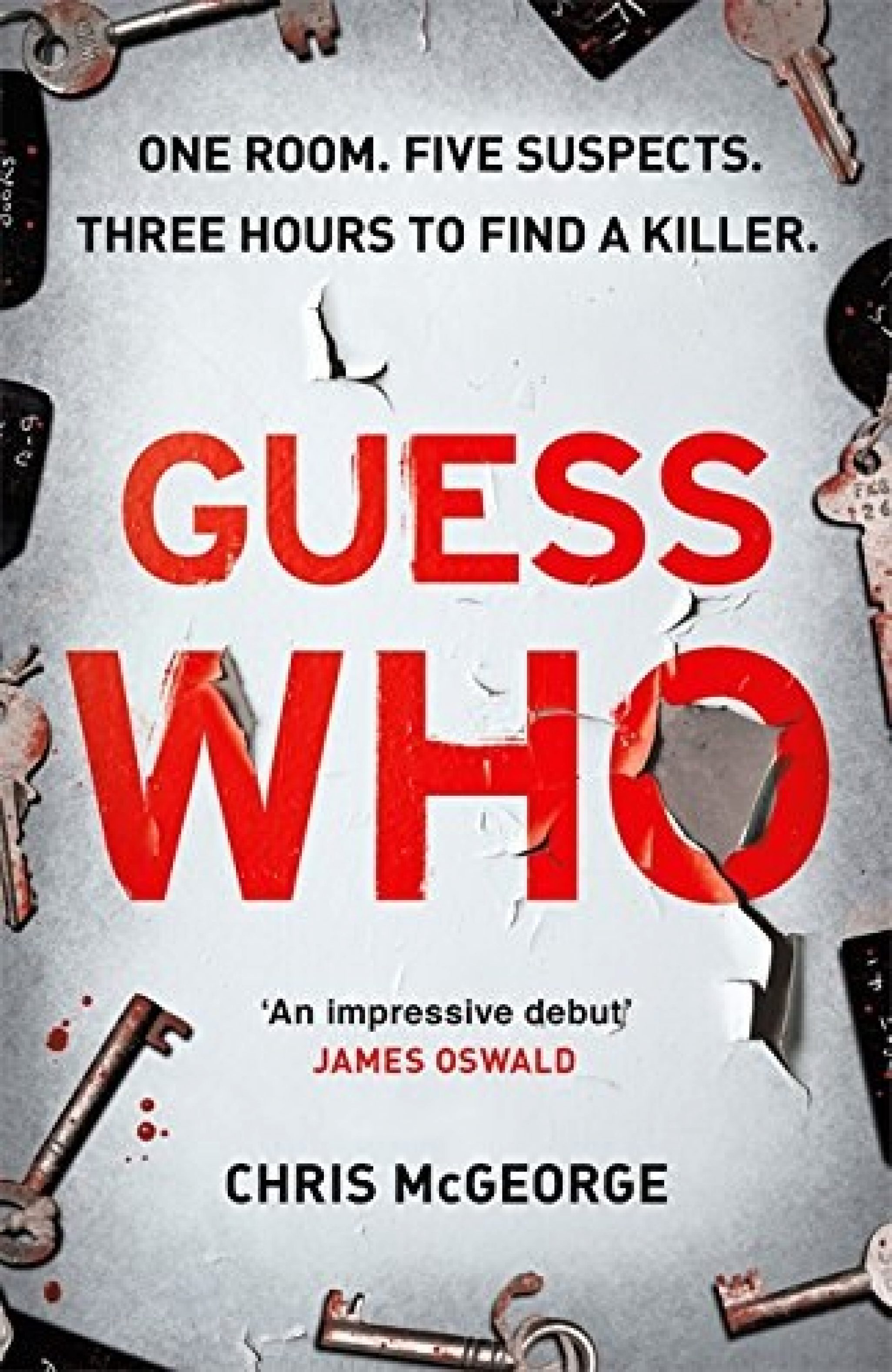 An introduction from the author to his debut locked-room mystery, Guess Who.

Flies in a Jar: Writing Guess Who by Chris McGeorge

Guess Who started in my mind with two simple questions: could someone write a contemporary and exciting murder mystery that takes place entirely in one room? The second (and probably more important) question was: could I write it? While I have always had a passion for crime/thriller and a passion for writing, I had never put the two together before.

The first novel I ever wrote was a dark comedy about school life and growing up (the usual kind of teen angst that you put in a drawer and never take out again). Then, while I was in Carlisle studying an undergraduate degree in Film and Television Production, I wrote and directed three comedy short films for my course (I was desperately trying to subvert the expectations of the gloomy and bitterly introspective student film, by making little genre films – one superhero, one zombie and one parody) and wrote two comedy novels. I knew I wanted to carry on writing, and try to get published and that was how I found an MA in Creative Writing (Crime/Thriller) at City University London.

That was where I made the first steps towards writing crime myself. I have always read crime, with a special love for the Golden Age. Agatha Christie and Arthur Conan Doyle are my two biggest inspirations – there was no way they couldn’t be. Whenever you hear the word ‘detective’ Sherlock Holmes can’t be more than a thought away. I remember getting the Complete Collection of Sherlock Holmes in my childhood and having to buy a new copy a few years later because I had read it so much the pages were starting to fall out. It was the same with Agatha Christie. But I never started to really analyse these stories until I started studying at City University.

For example, one of the biggest inspirations for Guess Who was Murder on the Orient Express, and more specifically Part Two of it. Part Two is where Poirot sits down and interviews all the suspects on the train one by one. Anyone who’s read it knows there’s a fair few suspects, but every interview Poirot (so Christie) approaches the same way. He asks the same questions over and over again with very little action. But somehow it isn’t boring, somehow it’s incredibly compelling, somehow it just works. And in this section, Christie keeps the pace and the drive to see this mystery through to the end.

Guess Who is built on this idea, and you can decide whether I was successful or not. Guess Who was all about challenging myself, playing with the term ‘locked-room-mystery’, and enjoying myself. I work on the idea that if I’m having fun writing, at least someone should have fun reading. So above all, if you pick up Guess Who, I hope you enjoy the ride!