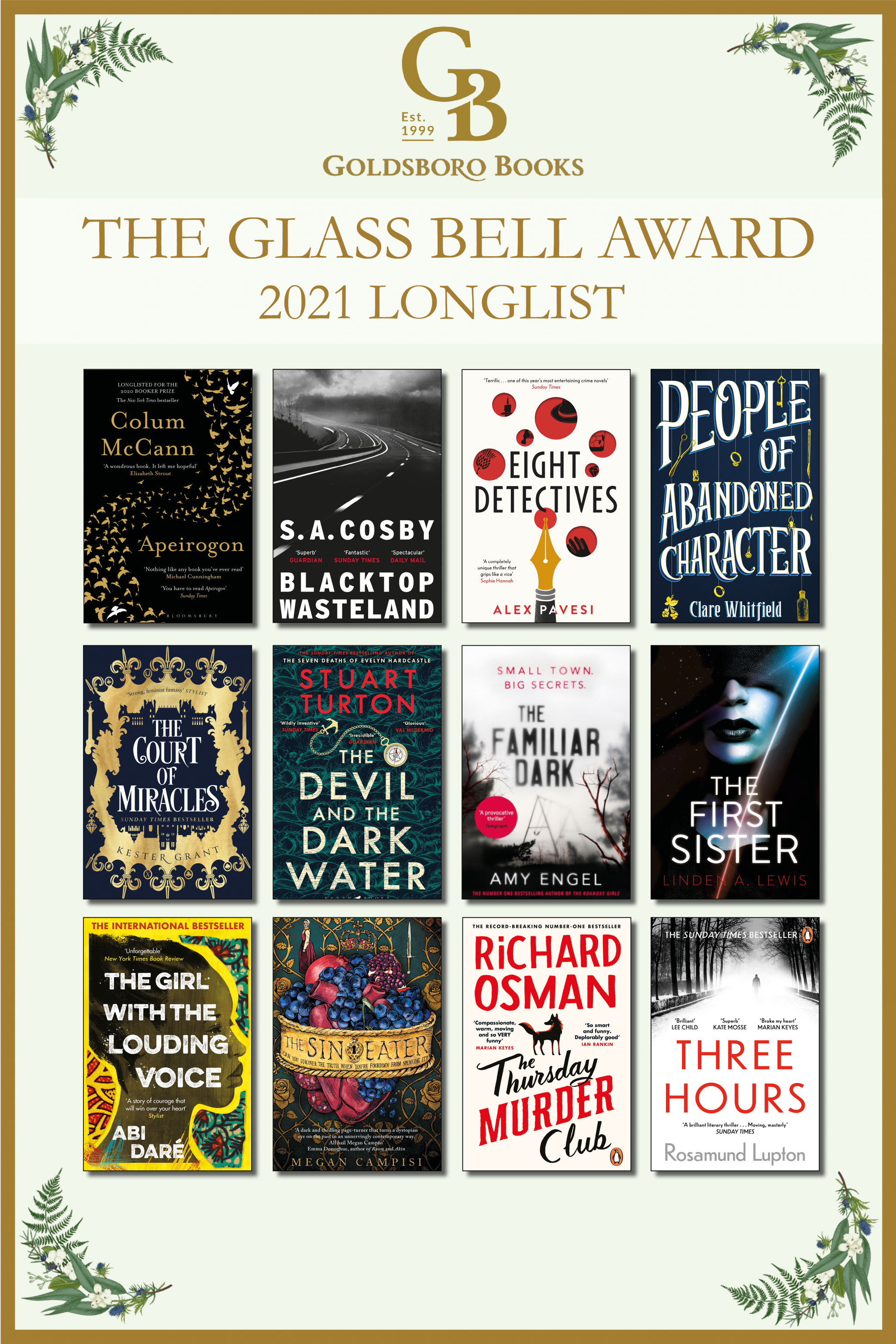 Today, we are delighted to be able to announce the twelve titles longlisted for the Goldsboro Books Glass Bell Award 2021.

Now in its fifth year, the Award celebrates the best storytelling across contemporary fiction, regardless of genre.

David Headley, Goldsboro Books co-founder and MD, and founder of the Glass Bell says: "I can't believe that this is our fifth Glass Bell Award. My team and I are incredibly proud of the prize that we have built over the last few years, celebrating contemporary storytelling of all genres. Stories unite and entertain us, and after the year we've had, this couldn't be more important.

"I think that this year's longlist might be the most varied and diverse we've ever had - with everything from speculative historical thrillers to a thoroughly modern space opera, to one of the most imaginative crime novels I've ever read. And I am delighted to see how many debut novelists we have on the longlist this year. If this list is anything to go by, the future of publishing is strong."

The Award is judged by David and all of us here at Goldsboro Books, and is the only prize that rewards storytelling in all genres from romance, thrillers and ghost stories, to historical, speculative and literary fiction and is awarded annually to a 'compelling novel with brilliant characterisation and a distinct voice that is confidently written and assuredly realised'.

Last year, the American novelist Taylor Jenkins Reid was awarded the Glass Bell for her 'immersive' and 'captivating' Daisy Jones and the Six, which tells the story of the rise and fall of a fictional 70s rock band. Previous winners are Everyone Brave Is Forgiven by Chris Cleave (2017), The Heart's Invisible Furies by John Boyne (2018) and VOX by Christina Dalcher (2019).

The shortlist of six will be announced on 5th August, with the winner, who will receive both £2,000 and a beautiful, handmade glass bell, to be announced on 30th September.