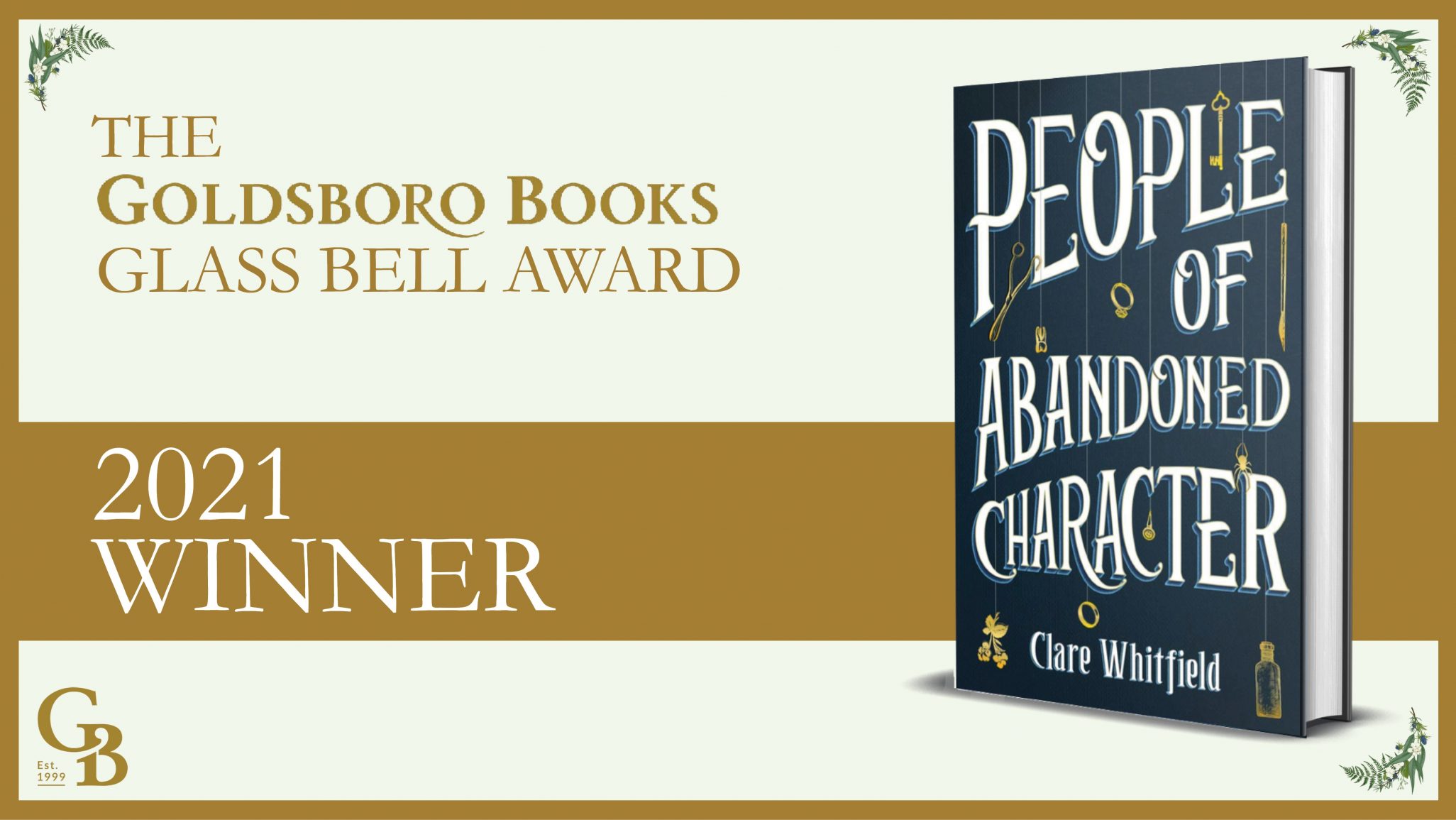 Debut author Clare Whitfield has been awarded the Goldsboro Books Glass Bell Award 2021 for People of Abandoned Character, a thrilling and atmospheric take on the Jack the Ripper story published by Head of Zeus. It follows the perspective of the newly married Susannah, who begins to wonder whether her abusive and volatile husband might be responsible for the Whitechapel Murders. Whitfield won praise from the judging team for her ‘fresh and unique’ approach to the story, calling it ‘a thoughtful and compelling exploration of the endless violence faced by women of all walks of life.’

People of Abandoned Character was announced as the winner live at a party at Goldsboro Books at 7.00pm on Thursday 30th September, beating Colum McCann’s Booker-nominatedApeirogon; the New York Times bestselling The Girl With The Louding Voice by Abi Daré; and The Devil and the Dark Water, the second novel from Costa-winner Stuart Turton. Also shortlisted were Eight Detectives by Alex Pavesi, acclaimed as an inventive and exciting reworking of the detective novel and The Court of Miracles by Kester Grant, a fantastical reimagining of the French Revolution featuring the characters of Les Misérables. Whitfield was awarded £2,000 and a beautiful, handmade glass bell.

Goldsboro Books staff said: “The decision was pretty much unanimous. Clare Whitfield’s thrilling debut impressed the whole team for its fresh and unique take on the Whitechapel Murders. Told from the point of view of a woman who wonders whether her violent and manipulative husband could be Jack the Ripper, it’s also a thoughtful and compelling exploration of the endless violence faced by women of all walks of life. We’re delighted to award this year’s Glass Bell to Clare Whitfield – a hugely exciting new name in fiction, we know that she will go far!

Founded in 2017 by David Headley, the co-founder and Managing Director of Goldsboro Books, the Glass Bell is awarded annually to a compelling novel, of any genre – from romance and thrillers, to historical, speculative and literary fiction – with brilliant characterisation and a distinct voice that is confidently written and assuredly realised.

Last year, the American novelist Taylor Jenkins Reid was awarded the Glass Bell for her ‘immersive’ and ‘captivating’ Daisy Jones and the Six, which told the story of the rise and fall of a fictional 70s rock band. Previous winners are Everyone Brave is Forgiven by Chris Cleave, The Heart’s Invisible Furies by John Boyne and VOX by Christina Dalcher.