If You Could Live Forever. Would You? An introduction to Suicide Club by Rachel Heng 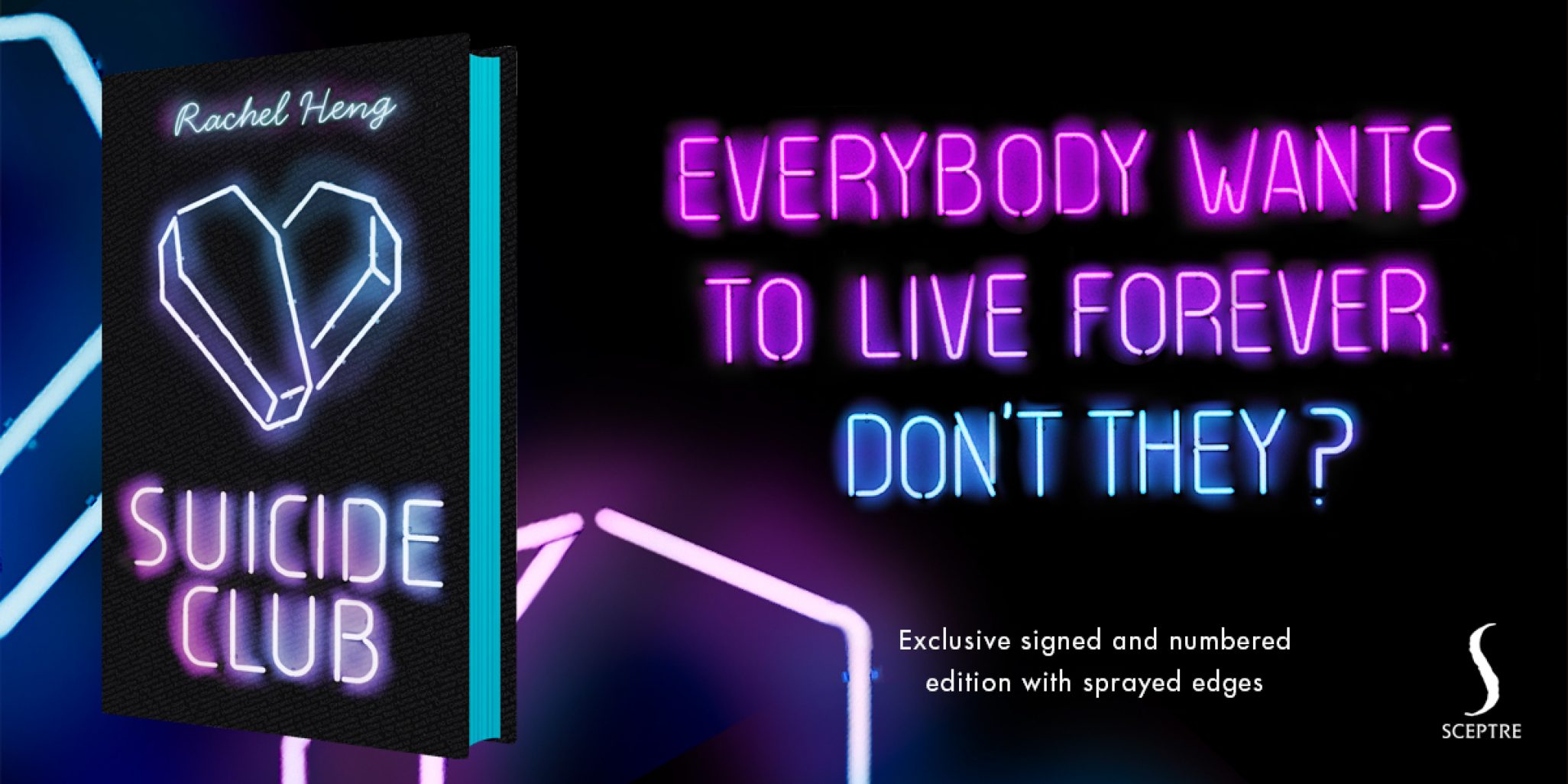 Who wouldn’t want to live forever? In a time where Silicon Valley moguls pour millions into ‘hacking death’, where cryogenic freezing has become a viable option that some are choosing to pursue, where ‘wellness’ has become the new opium of the masses, it seems like everyone has their eyes on immortality. And what would happen if we really could live forever? How would that change the way we think about life?

This is the question my novel, Suicide Club, asks. It is set in near future New York, where life expectancies average 300 years, and the pursuit for immortality has become all-consuming.

The book follows Lea Kirino, who holds the privileged status of “Lifer,” thanks to a roll of the genetic dice that has given her the potential to live forever―but only if she lives in a way that even Gwyneth Paltrow might consider excessively restrictive. Lea is a successful trader on the New York exchange where instead of stocks, human organs are bought and sold. She has a beautiful apartment, and a fiancé who rivals her in genetic perfection. And with the right balance of HealthTech™, rigorous juicing, and low-impact exercise, she might never die. But Lea’s perfect life is turned upside down when she spots her estranged father on a crowded sidewalk. His return marks the beginning of her downfall as she is drawn into his mysterious world of the Suicide Club, a network of powerful individuals and rebels who reject society’s pursuit of immortality, and instead choose to live―and die―on their own terms.

Suicide Club is a book about the pursuit of wellness gone wildly out of control, but it is also a book about female friendship, the mortality of our parents and how to let go of those we love. Much of my writing is preoccupied with death or loss in some way. I think this comes from being terrified of death—my own, and that of my loved ones—and trying to grapple with what it means, what it feels like, how to accept it. So much of our daily life involves striving for immortality, both physical (exercise, eating well, living well, self-care) and emotional (seeking some kind of transcendence, purpose, meaning). It seems to me that in order to live, we collectively delude ourselves that we can protect ourselves from illness and death, because the alternative is too difficult to contemplate.

Eventually, the book became less about confronting death and more about trying to achieve the perfect life at all costs; a trade-off between quality and quantity. As the book centres around the main character’s relationship with her father, it also became a book about letting go of those we love, a subject very close to my heart.

I wrote Suicide Club in secret, over a year and a half, while working an intense full-time job. I wrote in the early hours before dawn and edited late into the night. It wasn’t easy, but writing it changed my life. I know I have written a novel with dark themes, but I hope that its message is one that is ultimately life-affirming. I’ve tried to write the kind of book that I like to read myself – genre-bending yet familiar, tender yet unflinching – and I hope that you enjoy reading it as much as I enjoyed writing it.