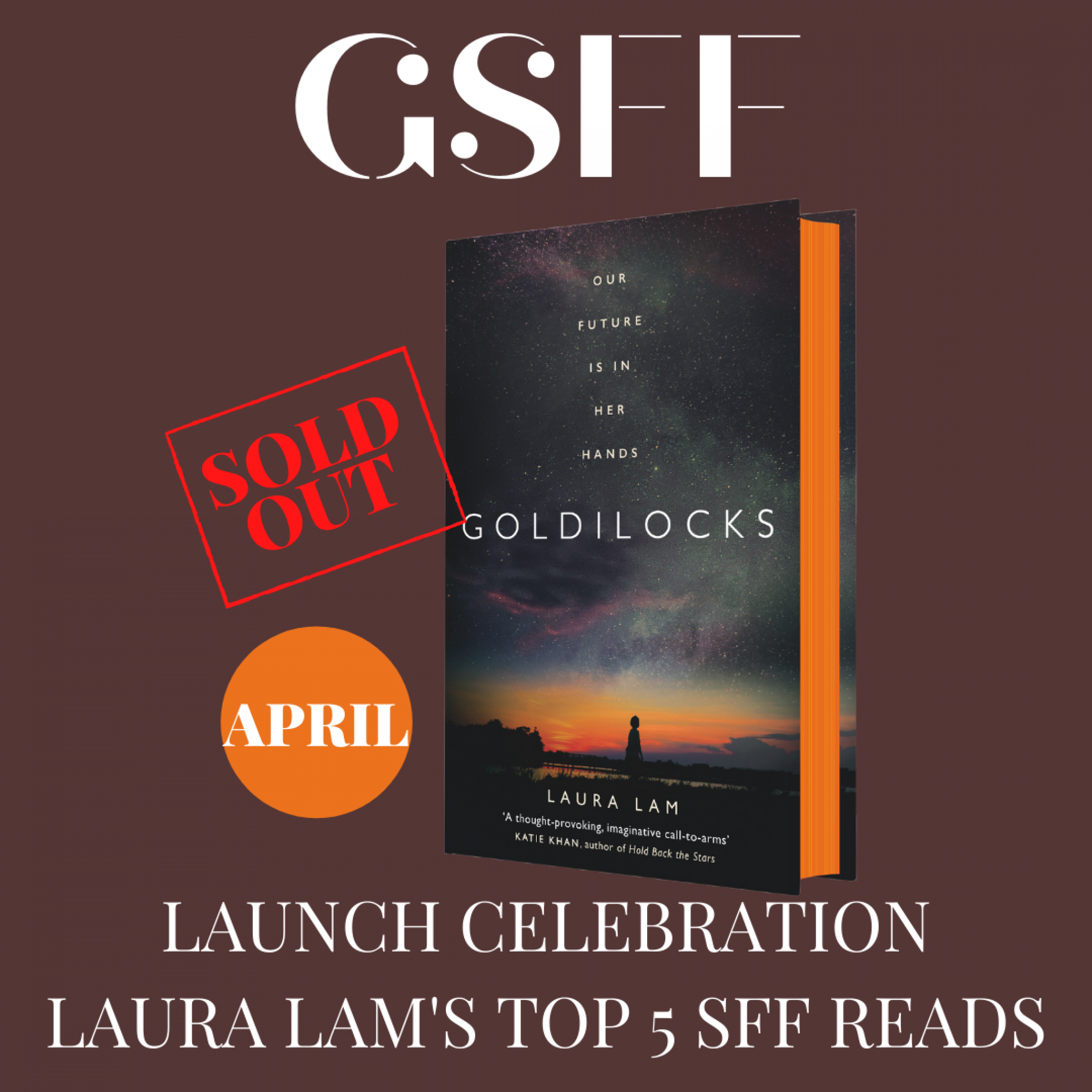 In celebration of the publication of her new book, Goldilocks, and to commemorate the launch of our new Goldsboro Science Fiction and Fantasy Fellowship, Laura Lam has written an article on her top 5 science-fiction and fantasy authors:

I’m going to cheat and do authors! There are so many excellent books in the world, and so many authors or reads I could name. For this post, I decided to focus on the ones I read or re-read (or know I will re-read) the most often.

N.K. Jemsin is a recent new favourite. I’ve been meaning to read her work for ages and finally started the Broken Earth trilogy this year. I’ve read the first two volumes and plan to finish the third during lockdown. Her worldbuilding is absolute impeccable, and the series does such interesting things with craft and characterisation. Just fantastic. The bonus of discovering her work late is I have a nice backlog to work my way through.

Anyone who knows me more than 5 minutes knows I love Robin Hobb. I first picked up Ship of Magic on a whim from the local library when I was 15. I really enjoyed it, but it was only once some random kid on the internet told me I had started in the wrong place and should go back to Assassin’s Apprentice, I was hooked. That kid is now my husband. Hobb is indirectly the reason I’m in Scotland and one of my biggest influences on my writing. There are many instalments in the Realm of the Elderling books, so if you decide you like her, you’ll have plenty to keep you going. Like Jemsin, she’s excellent at worldbuilding, especially her magic systems. She’s so good at call backs to tiny details that were hinted at in much earlier volumes. I always wonder if she knew their resonance or is just very good at retrofitting, or a blend of the two. I usually re-read a series by her a year. This year it’s the Tawny Man trilogy. Tip: read them in publication order!

Another more recent favourite. Her books are so comforting. Like Hobb and Jemsin, her worldbuilding is comprehensive and well-thought out (I love worldbuilding, can you tell?), but there’s just this great warmth and admiration for humanity and the universe in her books that I just really love. The books are slow-paced, which for me is not an issue. I see them as sort of slice of life novels that happen to take place in space. I’ll probably re-read her this year, maybe even while we’re still stuck in quarantine. Start with A Long Way to a Small Angry Planet or To Be Taught, If Fortunate.

Butler was a favourite discovery in 2018, I believe. Parable of the Sower is the creepiest, most plausible dystopia out there, and I’m sure it’s only more relevant in the last few months. I also really loved Kindred, which takes an unflinching view of a contemporary African-American woman journeying back to the antebellum South to try and save her (white) ancestor, a slave owner. Really powerful. I have her Xenogenesis books aka Lilith’s Brood on deck to read soon. Her writing is so good you just slide right into the books and before you know it, hours have passed. That’s a hard spell to weave sometimes, but she was a magician. I wished she had written a book on writing or craft.

I loved Sorcerer to the Crown when it came out (and I remember the beautiful Goldsboro edition of it!), and The True Queen is on my ever teetering TBR list. I loved the use of language and the magic system. It’s sometimes compared to Jonathan Strange & Mr Norell, and while I think it’s different enough to stand on its own two feet, it does sometimes give me a similar atmosphere. It is political and fierce and funny and charming. Delightful!

So those are 5 of many other favourites! I view reading as part of my job and try to read 100 books a year. The bulk is SFF but I’ll read almost anything. I hope if you’ve not tried one of these authors you’ll consider picking them up, or if you have read them, that you can join me in admiration of such fine writers!