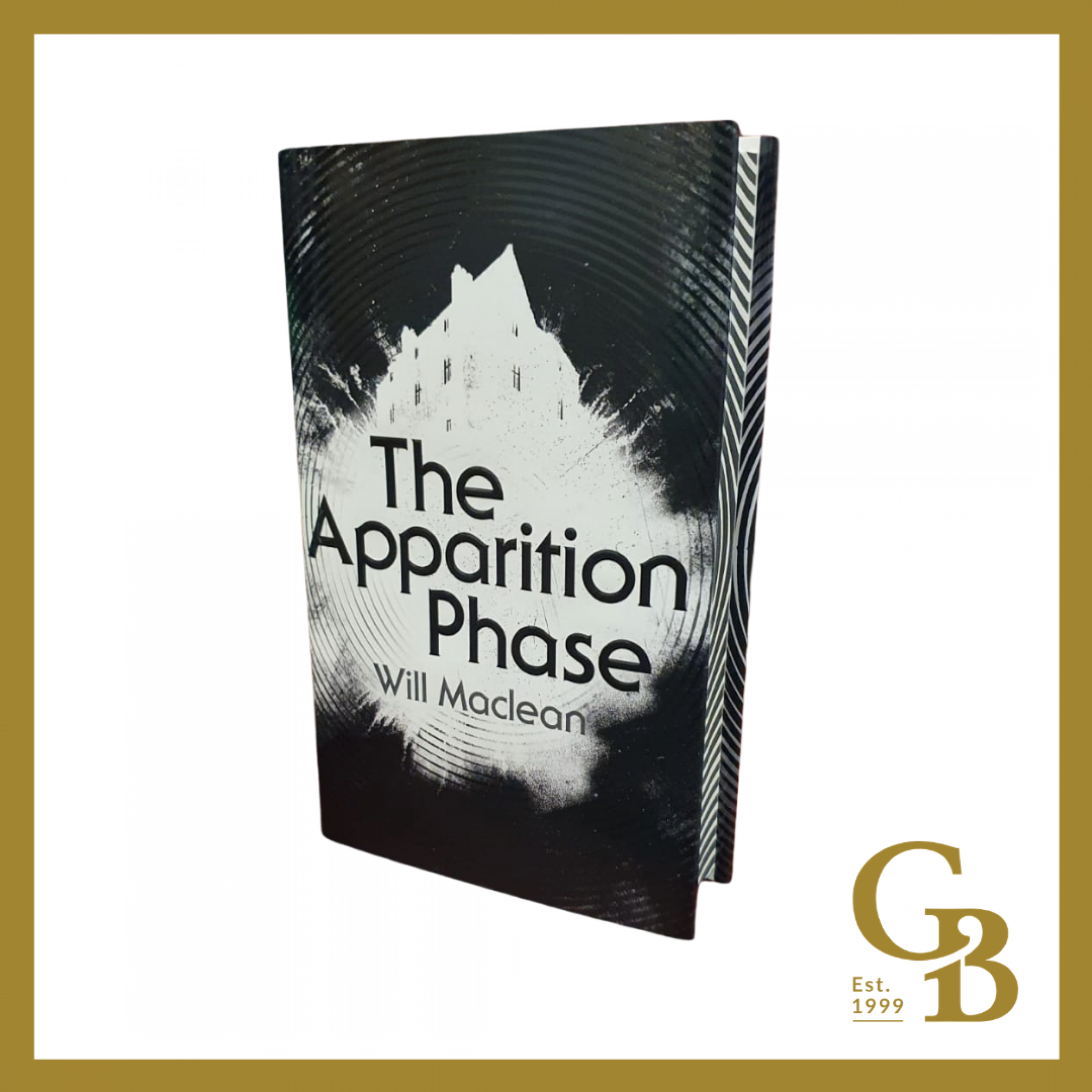 For the 1,000 members of our PREM1ER first edition club, there is a second tale in the pages of the November’s Book of the Month choice — a short story written word by word into our exclusive numbered editions, which can only be read when all 1,000 copies are brought together.

Will Maclean, the author of The Apparition Phase said, ‘I wanted to do something that made those first 1,000 copies special,’ He wrote a letter to each member to tell them of the short story, ‘And so, on the title page, you’ll see a single word handwritten by me. That word, although meaningless on its own, is part of a piece of writing precisely 1000 words long.

Each one of these 1000 Goldsboro exclusive editions has one single word of that original piece written in them, dispersed among the people who own them. That piece of text is recorded nowhere else but, collectively, in those 1000 editions. To read it, one would have to gather all 1000 copies together, put them in numerical order from 1 to 1000, and read the handwritten words therein.

Whether those words will ever be brought together again, and by what means, is not for me to say. But the unique piece of text will be out there, a clue to the meaning of certain events within the book, and its presence will hopefully add an extra dimension of mystery to the book itself, and an extra frisson to owning one of these exclusive editions.’

This idea has now sparked an international search by a number of people on social media and has caught the attention of some media outlets including The Times, London and Mashable, India:

Copies of the Goldsboro Books exclusive edition of The Apparition Phase are now selling on eBay for over £100.

We have been able to source two more words from some numbered editions and we can exclusively reveal them here: No. 877 = 'there' & 367 = 'much' 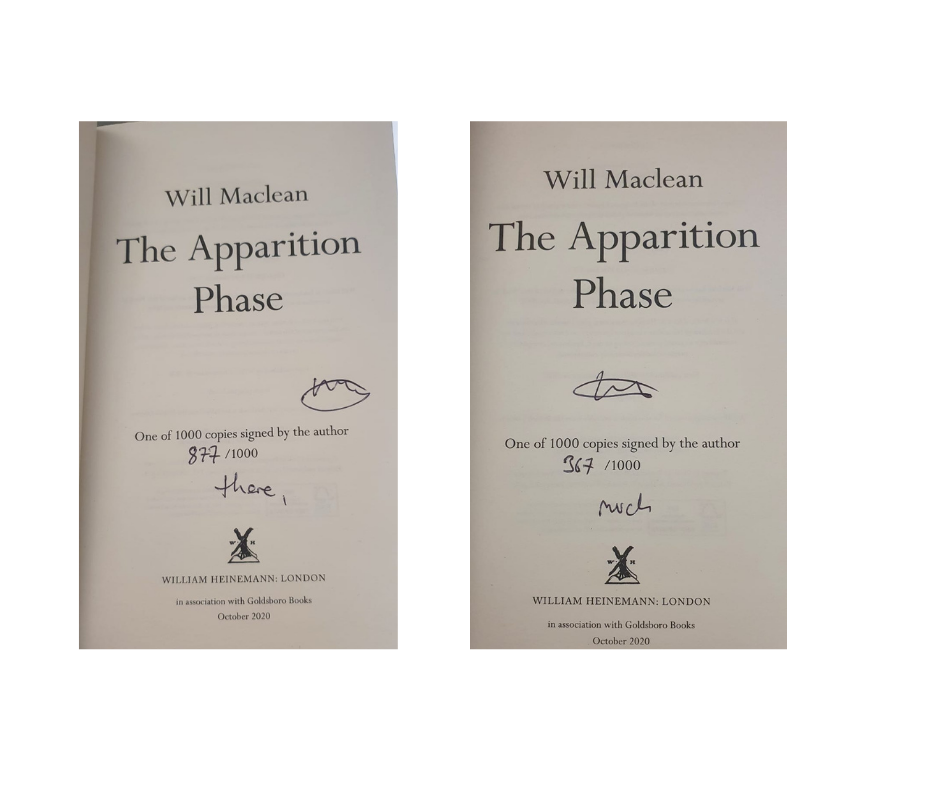 PREM1ER is a monthly book subscription that is famous world-wide. We select a title that we believe is both enjoyable to read, and that has the possibility of becoming collectible - an investment. We have a pretty good eye and have picked some great novels in the past; books that have gone onto receive critical acclaim, finding themselves on prize shortlists, and others have been made into successful movies. Membership to PREM1ER is currently full but we are increasing capacity and so if you’d like to join please do email: Premier@goldsborobooks.com to register your interest and we will add you to our waitlist.