Pages & Co. by Anna James - An Introduction From the Author 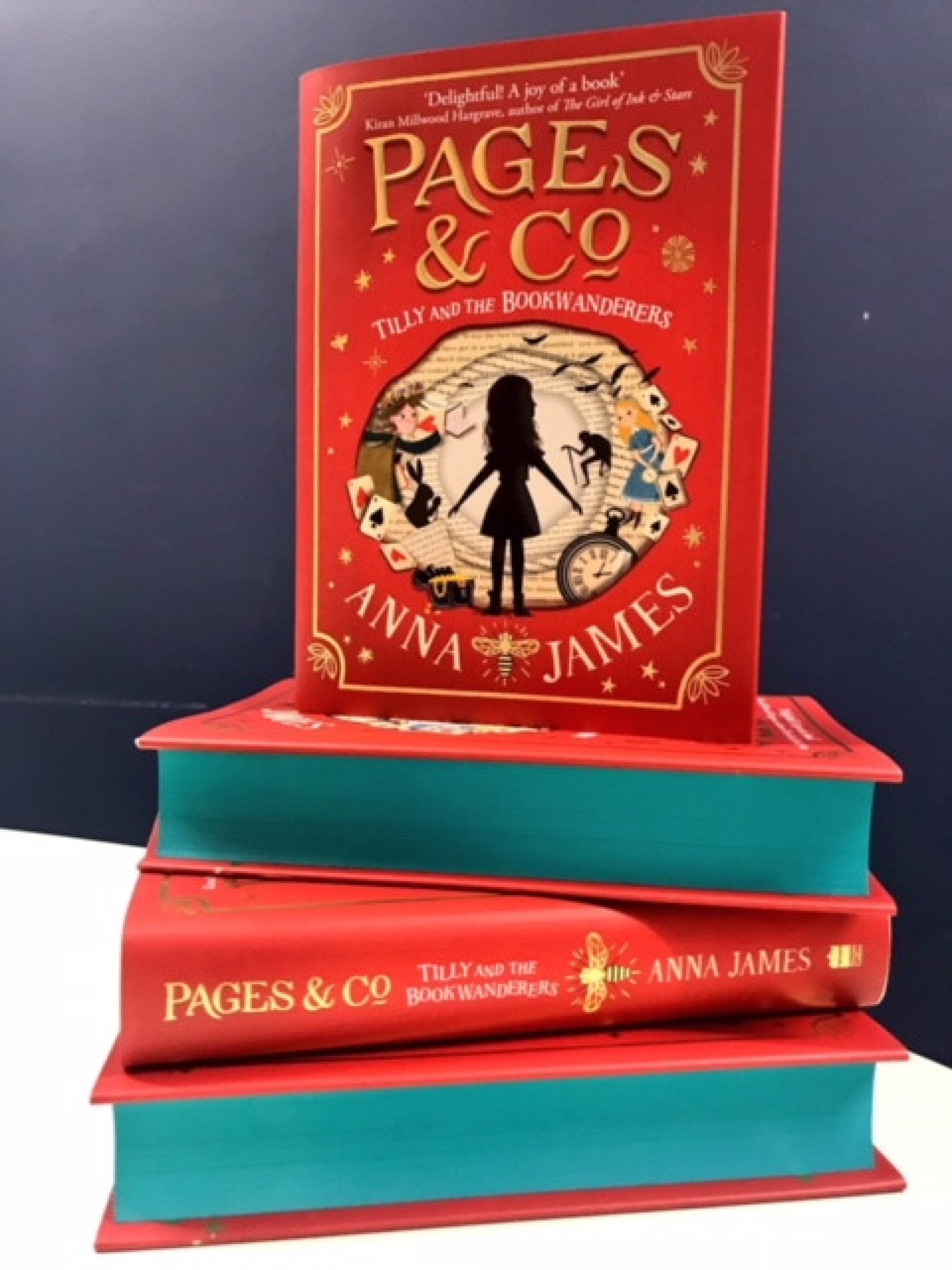 When I was a child I read voraciously. I was largely left to my own devices in terms of what I read, and I was free to borrow whatever took my fancy from my school and public libraries. I was not a picky reader when I was younger, I just wanted to inhale as many words as possible, to meet as many characters as I could, and to explore as far as my beloved but small libraries would let me. Alongside my personal quantity over quality approach (although of course that tactic lead me to find many incredibly special and meaningful books) I was given books chosen with a huge amount of time and care by my grandparents.

They lived in a tiny village in the Scottish Borders and their local bookshop was Masons of Melrose. Every Christmas they would choose my little sister and me a book and it was done with the opposite approach I was employing at the time. They reported to the booksellers there what we had enjoyed, what we were like, and what sort of thing they wanted to get us, and year after year they chose books that went on to have a huge impact on our lives. My Grandma often tended towards inspirational narrative memoirs about young women overcoming adversity; Chinese Cinderella by Adeline Yen Mah and My Bridges of Hope by Livia Bitton-Jackson. My Grandad steered towards epic novels; one year he bought me Northern Lights and my sister Harry Potter and the Philosopher’s Stone before either were the juggernauts they are now (although of course these were pressed into his hands by booksellers who knew a good thing when they saw it), and Northern Lights went on to be a transformational book for me.

The experience of being given a book by someone who has put such a huge amount of attention and love into the decision had a huge impact on me. All the jobs I have had so far have fundamentally revolved around this same drive; I spent five years working as a school librarian matching books with children, from the most reluctant reader to those I could barely keep up with. As a literary journalist, nothing beat someone sending me a tweet saying that they had read a book or an author I had recommended and found a new favourite read. And I still love going into bookshops now and asking booksellers to recommend me something they have loved.

I hope that as well as enjoying Pages & Co in itself, through it children will also find other favourites in Anne of Green Gables, A Little Princess and Alice in Wonderland, not to mention seeking out their own local bookshops and booksellers to help them find even more books, and that they might go on to recommend them to the people they love in turn.