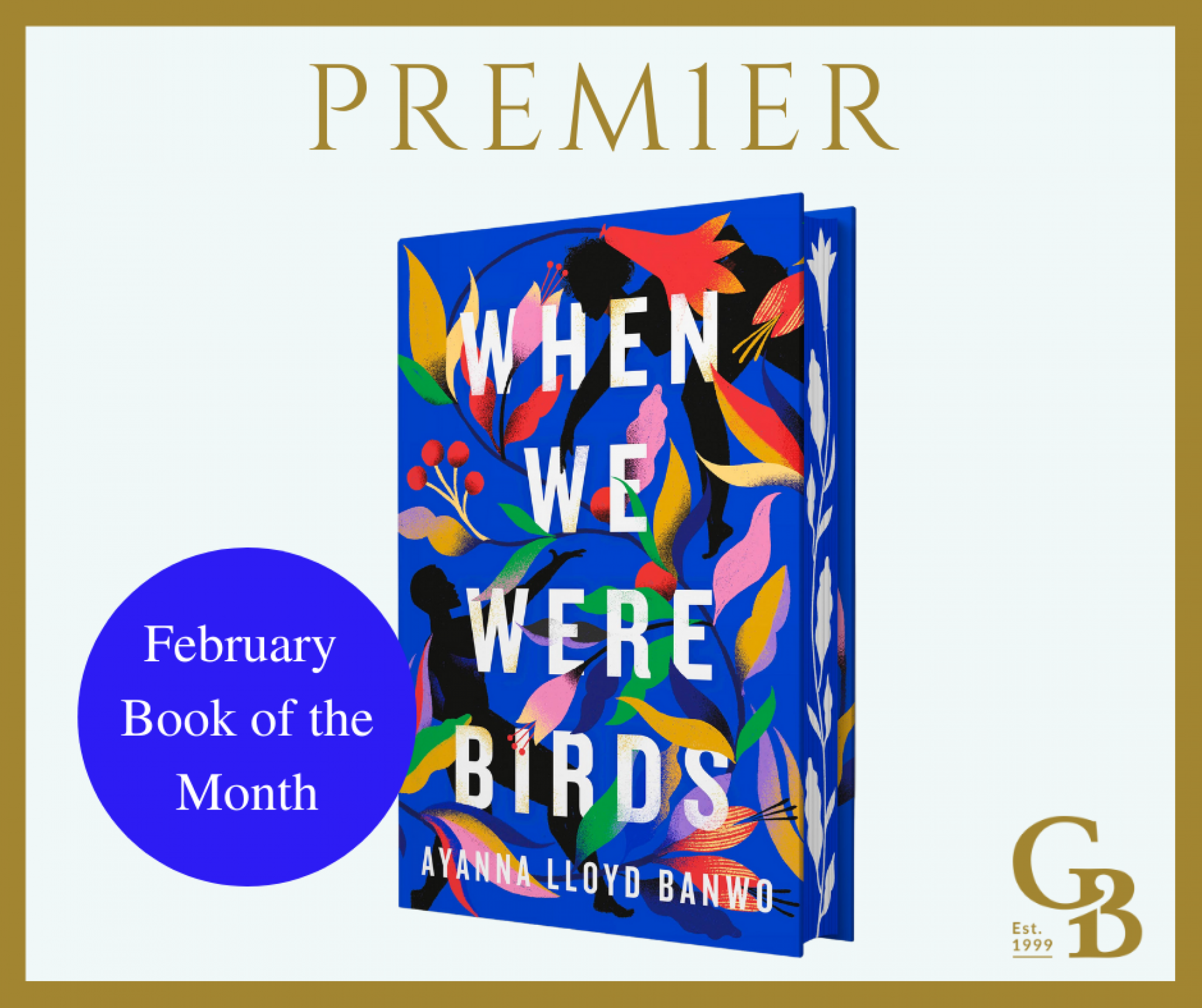 Our February PREM1ER Book of the Month is When We Were Birds by Ayanna Lloyd Banwo and it will be signed and numbered with sprayed and stencilled edges. Set in the ancient cemetery in the centre of Port Angeles, Trinidad, this book is a spellbinding exploration of love, ancestry, personal heritage, and the blurred lines between folklore and reality, and the living and the dead. It is an astounding debut written with a confident and dazzling new voice that has been likened to that of Toni Morrison, Marilynne Robinson, and Arundhati Roy.
***
Darwin is a down-on-his-luck gravedigger, newly arrived in the Trinidadian city of Port Angeles to seek his fortune, young and beautiful and lost. Estranged from his mother and the Rastafari faith she taught him, he is convinced that the father he never met may be waiting for him somewhere amid these bustling streets.
Meanwhile, in an old house on a hill, where the city meets the rainforest, Yejide's mother is dying. And she is leaving behind a legacy that now passes to Yejide: the power to talk to the dead. The women of Yejide's family are human but also not - descended from corbeau, the black birds that fly east at sunset, taking with them the souls of the dead.
Darwin and Yejide both have something that the other needs. Their destinies are intertwined, and they will find one another in the sprawling, ancient cemetery at the heart of the island, where trouble is brewing...
***
If you'd like to become a member of PREM1ER, you can find out more information here: https://www.goldsborobooks.com...