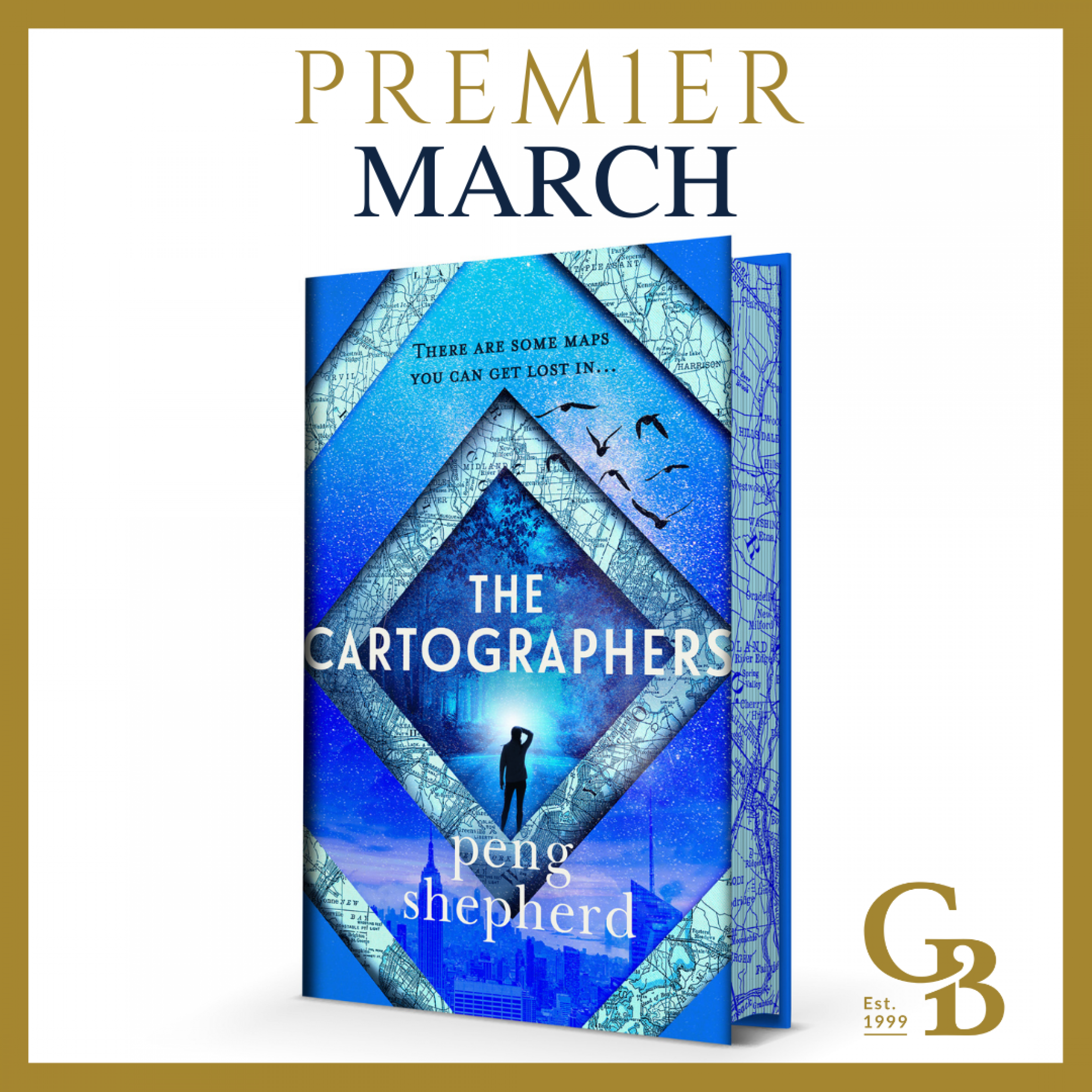 Our March PREM1ER Book of the Month is The Cartographers by Peng Shepherd and it will be signed and numbered with sprayed and stencilled edges.
This is a book about Art vs Science - where the two meet, how they both enrich our lives, and how each defines the other. It’s a book about youthful idealism and finding meaning as we get older. And it’s a book about the mystery, history, and ineffable romance of maps and map-making. It is a not-to-be missed seductive thriller and high concept read which will instantly grasp your imagination.

Some places, you won't find on any maps. Others, are only on maps...
Nell Young has lived her life in and around maps. Her father, Dr David Young, was one of the most respected cartographers in the world. He's also just been found dead - in his office at the New York Public Library.
Nell hadn't spoken to him in years - ever since he fired her after an argument over a seemingly worthless highway roadside map. A map which was mass-produced - and every copy of which is being found and destroyed.
But why?
Answering that question will take Nell on a dangerous journey into the heart of a conspiracy beyond belief, a secret about her family, and the true power that lies in maps...
Step inside the hidden world of The Cartographers.

If you'd like to become a member of PREM1ER, you can find out more information here: https://www.goldsborobooks.com...