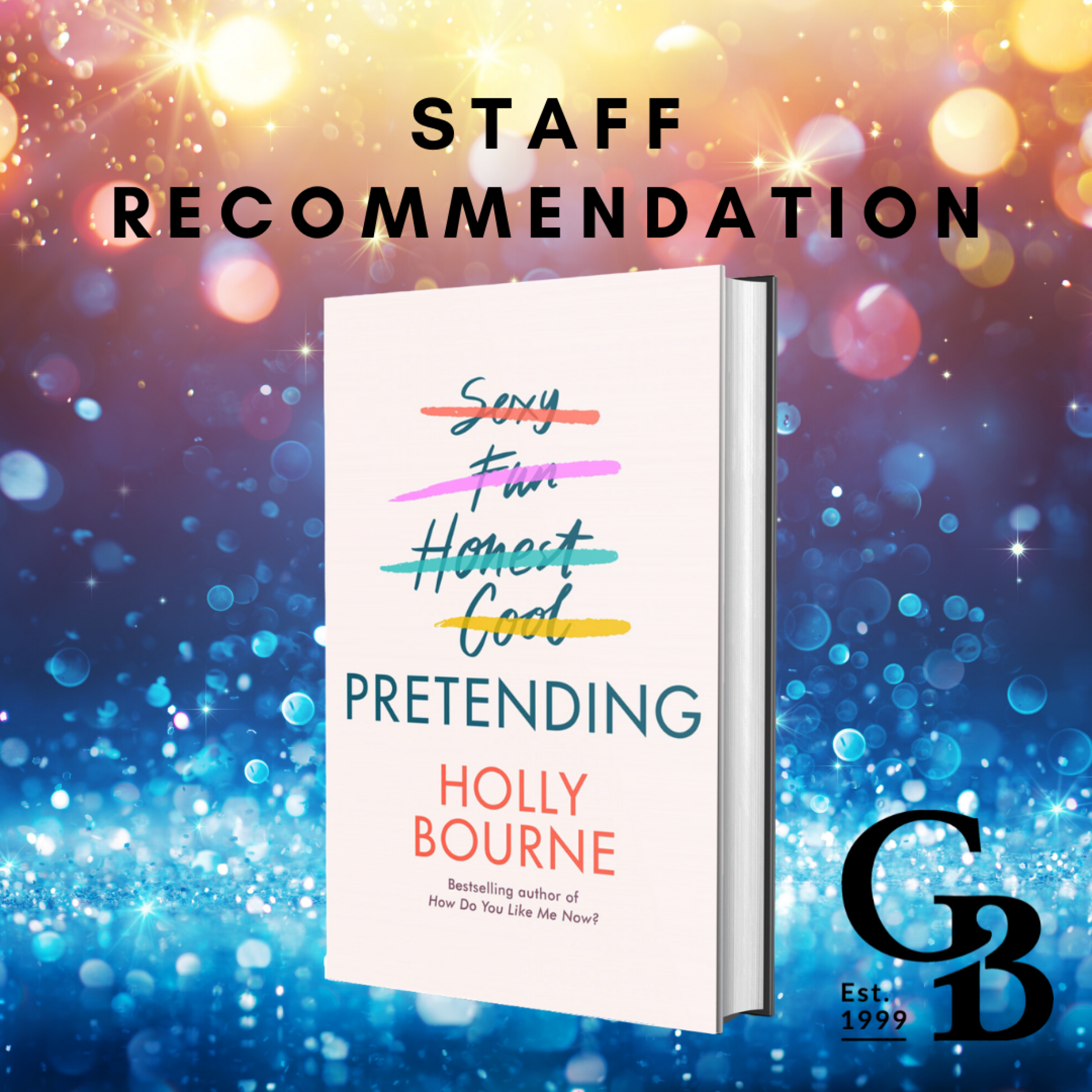 For my first solo staff recommendation, I am going to wax lyrical about Pretending by Holly Bourne.

Meet April. Or Gretel. Or April. No, wait, Gretel. It’s hard to remember, when you’re pretending to be someone else, right?

April has had enough of being just that - April. In the dating department, it hasn’t worked out that well for her so far; she can’t seem to get past date five. Just when she’s ready to put her trust in a man, they disappoint her, leaving her heartbroken and angry. Mostly angry.

If April could be more like Gretel, life would be a cinch. Gretel is exactly what every man wants - she’s a “Regular Everyday Manic Pixie Dream Girl Next Door With No Problems”.

As soon as April decides to ‘be’ Gretel, dating becomes far more appealing, especially when she reels in the unsuspecting Joshua (who is definitely like all the others, right? Right??).

At long last, April is the one in control. However, as feelings between her and Joshua intensify, how long will she be able to keep up the act that is Gretel?

I wasn’t sure what to expect from this book aside from Holly’s trademark irresistible biting wit and excellent humour (prominently displayed in her debut adult novel How Do You Like Me Now?), but whatever it was that had been in my mind, it certainly wasn’t this. If you’re thinking you’ll simply find yourself chuckling quietly on the commute, then think again. Yes, it’s funny; yes, it’s dry; yes it’s outrageously relatable, but there’s another level to it that shattered my heart in to a million pieces.

I won’t go in to detail, as discovering this part of the story for myself made it all the more gut-wrenching. I cannot recommend this book enough.

Published in April by Hodder & Stoughton, Pretending is available to pre-order now by clicking this link.