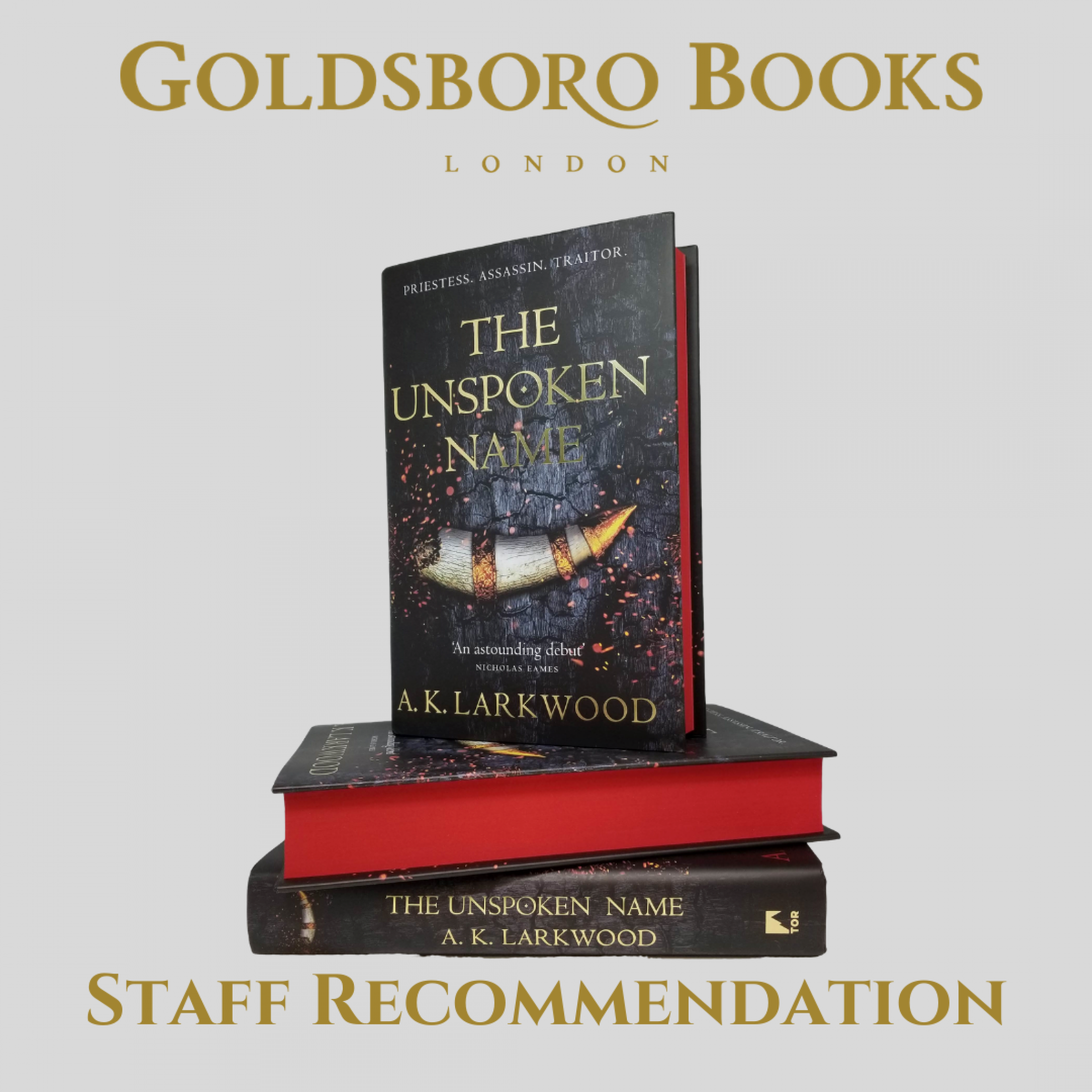 Allow me to make one thing clear before I start. I read a lot of fantasy. A LOT of fantasy. So when I say that The Unspoken Name by A. K. Larkwood is one of the freshest, most compelling fantasy debuts that I've read in a long, long time, I speak from a position of some expertise.

The Unspoken Name has everything a fantasy fan could want from a book. All powerful, eldritch gods and deities? Check. Sorcerers wielding arcane powers to breathtaking effect? Check. Assassins, thieves, priests and scholars? Check (and all in the same character, to boot). And we haven't even gotten to the multiverse yet...

When The Unspoken Name began in a temple to an ancient, all powerful god, I thought I knew what I was getting myself into. Little did I know what twists and turns Larkwood had in store for me. The scope of the story ramps up significantly, and quickly, and it becomes clear that Larkwood is writing on a scale that combines all the trappings of epic fantasy with the best aspects of multi-world science fiction.

But what about the characters? The Unspoken Name doesn't disappoint. From the protagonist, Csorwe - an orc priest turned assassin turned thief turned warrior - to Belthandros Sethennai, a larger-than-life sorcerer with godlike powers (and an ego to match) to mind-melded religious enforcers, each new character is a delight. They drive the plot along at a breakneck pace (truly, at times it felt like there was enough going on to sustain two books) and meeting each of Larkwood's creations is a delight.

I don't want to go too much further into any details about The Unspoken Name - part of the book's joy is in its surprises and discoveries. But rest assured, this is a fantasy debut you don't want to sleep on. And the best part? It's only book one.

The Unspoken Name is published by Tor Books on February 20, 2020. We have now sold out of our limited edition on pre-order, but if you would like to be added to our waiting list, please email us at enquiries@goldsborobooks.com