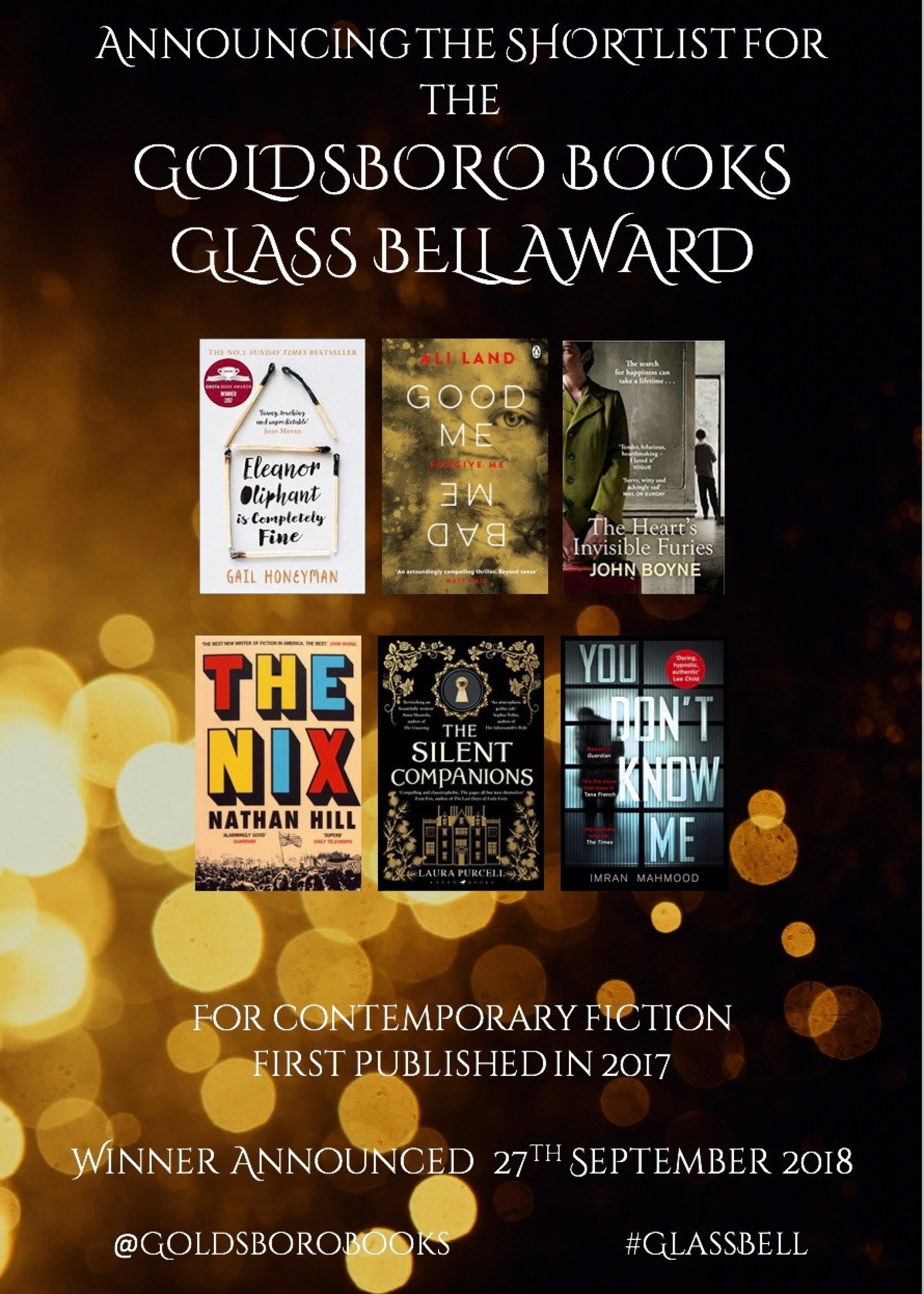 Goldsboro Books today announced the six titles shortlisted for the 2018 Glass Bell Award, the prize introduced last year to celebrate the best storytelling across all genres of contemporary fiction. Four debuts are up for the £2,000 prize, which will also see the winner awarded a beautiful, handmade, engraved glass bell.

Award-winning John Boyne is shortlisted for his sweeping Irish odyssey The Heart’s Invisible Furies, which spans 70 years of Irish history. Joining him are debut novelists Gail Honeyman, whose remarkable breakout bestseller Eleanor Oliphant is Completely Fine previously won the Costa First Novel Award, both the British Book Award Debut of the Year and Book of the Year, and was longlisted for the Women’s Prize; Nathan Hill, for his multi-stranded mystery The Nix; Imran Mahmood for You Don’t Know Me, which was longlisted for both a CWA Gold Dagger and the Theakstons Crime Novel of the Year; and Ali Land for her chilling thriller Good Me Bad Me which was a Richard & Judy Book Club pick. Also on the shortlist is The Silent Companions by Laura Purcell, a hair-raising ghost story which was a Zoe Ball ITV Book Club pick.

The winner of the prize, which rewards ‘compelling storytelling with brilliant characterisation and a distinct voice that is confidently written and assuredly realised’, will be announced at a party at the bookshop on Thursday 27th September 2018. The prize is judged by Goldsboro Books founder and MD David Headley and his team at the bookshop.

David said: ‘Narrowing down the longlist to six titles has been an enormous challenge, but I am very proud of this wonderfully varied shortlist, which combines hugely exciting debuts, original and clever thrillers, a terrifying ghost story, and slice of Irish history. These amazing stories are entertaining, thought-provoking and sparked passionate discussions – I know that they will stay with us for a long time. Any one of them would be a worthy winner.’