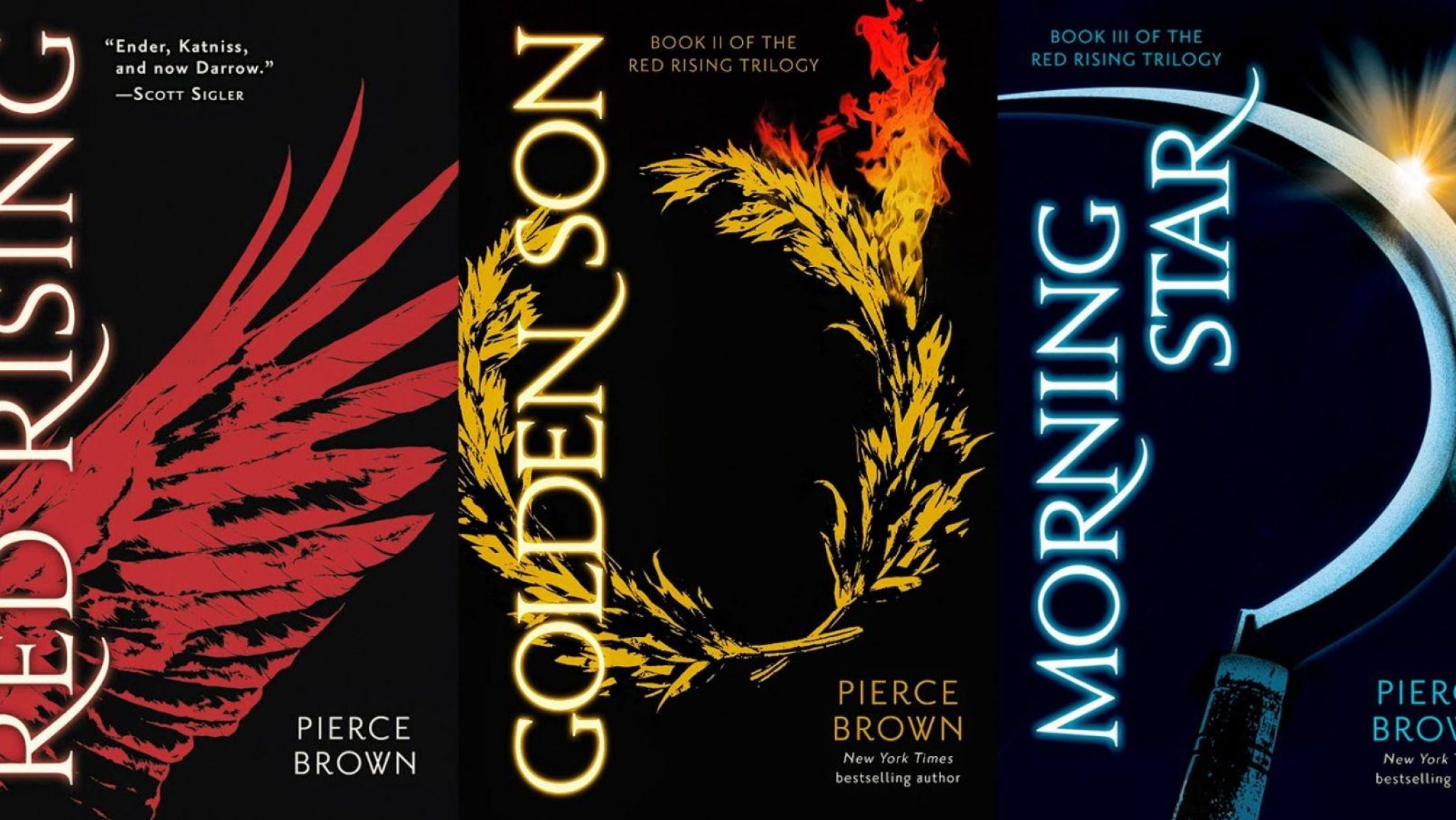 My introduction to this series began one afternoon in Goldsboro. Harry threw a paperback of ‘Red Rising’ at me across the shop. ‘Read that, thank me later.’ Harry’s recommendations have a tendency to be excellent. Curious, I bumped ‘Red Rising’ up my reading list and started it on the journey home that night. The next night I bought the second and third books, ‘Golden Son’ and ‘Morning Star’.

To get you up to speed, the setting for this series is in the far future and mankind has colonised the rest of the solar system. Known as ‘The Society’, it is broken down into a coloured hierarchy with each colour having a pre-determined role. Blues pilot ships. Greens are programmers and developers. Violets are artists and musicians. Silvers are bankers and businessmen. Greys are the military police and enforce the peace. Physically superior Golds rule over the other colours from Earth’s moon, presided over by the Sovereign. Meanwhile, Reds lie at the bottom of society, toiling in the mines. Amidst all of this, a secret resistance group known only as ‘The Sons of Ares’ seek to tear down the oppressive hierarchy.

We begin in the world of Darrow, a teenage Red from Mars. Darrow is a Helldiver in the mines which produce the valuable gas that terraforms planets and makes them fit for habitation. It is a hard and lean life, and Darrow’s job is especially dangerous and brutal, but Reds do the work so that one day the surface of Mars will be safe for living on for themselves, their families, and for all. The Reds are divided into mining clans. The clan with the highest output every month is awarded ‘The Laurel’; food and luxuries to share amongst their clan. It is Darrow’s quest to win ‘The Laurel’ for his clan which kicks off the story which will set him in opposition to Golds, the Society, and the Sovereign.

The writing is sharp and crisp. Not only is the style of writing addictive, it flows so well. You simply devour page after page as you experience Darrow’s thoughts and feelings and the action taking place around him. Instead of a flood of general details that drags on and on, you get a series of vivid, tasty, tangible bites.

Then there is the supporting cast, every one of which is brimming with life and personality. A diminutive, wise-cracking misfit. A young woman with genius level IQ and political acumen. A cold-blooded manipulator. A young and beautiful deadly swordsman. An orphic master tactician. They are all memorable, and most importantly, they provoke an emotional response from the reader. I loved them all.

The story itself, from its humble beginnings in the mines of mars, all the way to the decks of battle cruisers engaged in battle on the far edge of our solar system, is tense, entertaining, action-packed and stuffed full with intrigue. I would take the long route home at night just so I could blitz through a few extra chapters. It is cut-throat Ancient Rome meets Star Wars. The twists and turns that pepper the story leave you reeling only for you to recover your senses moments later and dive straight back into the story to find out what happens next. I’m not going to give anything away, but there is a scene in ‘Golden Son’ where I dropped the book on the floor in shock. ‘There’s no way Morning Star can top this,’ I said to myself. Wrong. ‘Morning Star’ was the best of the series so far.

I’ll stop now, because I could talk about this for days. ‘Morning Star’ left us poised on the brink, and ‘Iron Gold’ promises to continue to shock and awe where it left off. I am so excited for this next instalment in January, and you all bloodydamn better be, too.