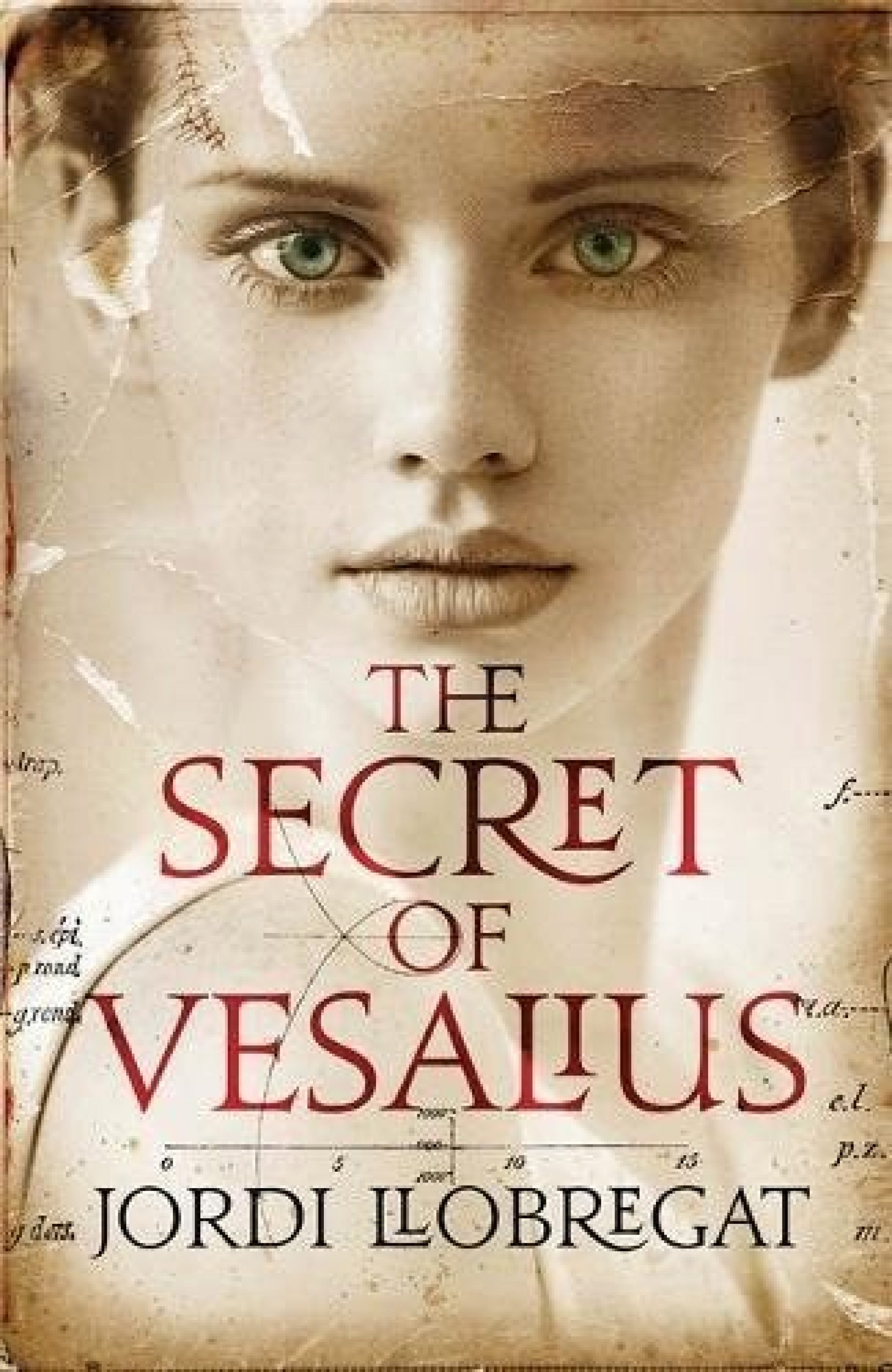 We're very excited to tell you about The Secret of Vesalius by Jordi Llobregat. This is a stunning gothic thriller set in the diabolical city of fin-de-siecle Barcelona and can be described best as Frankenstein meets The Shadow of the Wind by Carlos Ruiz Safon. And if that mouth-watering mix is not enough to pique your interest, we also have an introduction below to this novel and the story from the author telling us where the idea behind it came from. It is absolutely fascinating and we think you're going to love it...

We are delighted that our exclusive copies come with an exclusive bookmark and these signed copies are the ONLY ones that you will be able to get hold of in the UK as the author has only signed for us. Don't miss out on the opportunity to get a copy of this tense and atmospheric thriller. Gothic and gripping, this novel makes of Barcelona a diabolical character - emerging out of the dark into a new electrical age, aflame with spirit, superstition, and science. Published in eighteen countries, Jordi Llobregat's bestselling first novel mixes a passionate setting and cryptic mystery into a genre-crossing phenomenon... Fans of the historical and the fantastical alike will be thrilled with what is found between these pages.

HOW I DISCOVERED VESALIUS by Jordi Llobregat

At the end of winter, 1561, Andreas Vesalius, physician and anatomist of the Spanish Court and one of the most important scientists of all time, was tried in Madrid by the Inquisition and condemned to the stake for committing the most terrible of sins: attempting to supplant God.

According to the witnesses, Vesalius was in his laboratory, dissecting a young nobleman who had died in unclear circumstances. All was well until, as the ribs were lifted from the chest, those present saw that the boy's heart was still beating. His horrified relatives denounced Vesalius and he was arrested.

King Philip II succeeded in commuting Vesalius’s death penalty to a pilgrimage to Jerusalem – from which he did not return. The ship that transported him back was wrecked and Vesalius died on the island of Zante in Greece at the age of fifty.

At least, that's what we think happened.

I found this story handwritten on four yellowish sheets, hidden in an old medical manual. I was researching a nineteenth-century surgical process, and to my good fortune, I came across one of the most extraordinary tales in medical history.

From the beginning, it seemed incredible to me that a doctor with his experience and knowledge, one of the most important anatomists of his time, made a mistake like that. I wondered what the explanation would be.

At first, I speculated that the young nobleman could suffer catalepsy, that is to say, a disorder by which the person lies immobile, apparently dead and without vital signs. Maybe that solved it. But then my imagination took over and I told myself that maybe it was not a mistake. Perhaps the young nobleman was in fact dead and Vesalius, during the dissection, applied some secret technique, an experimental method, by which he achieved something impossible – to the terror of those around him.

This version of the story fit Vesalius’s character very well. A character that I was beginning to build in my mind: a bright, young man with a huge ego, brave to the point of folly, devoted entirely to the pursuit of knowledge and, of course, capable of anything to promote the progress of science.

When I discovered the beautiful – and terrifying – engravings that adorn his most famous work, De humani corporis fabrica, I had no doubts. They read: Man’s ingenuity is his only way to eternal life.

We have taken more than four hundred years to find out the truth.

Now, reader, you can discover it. Do you dare?