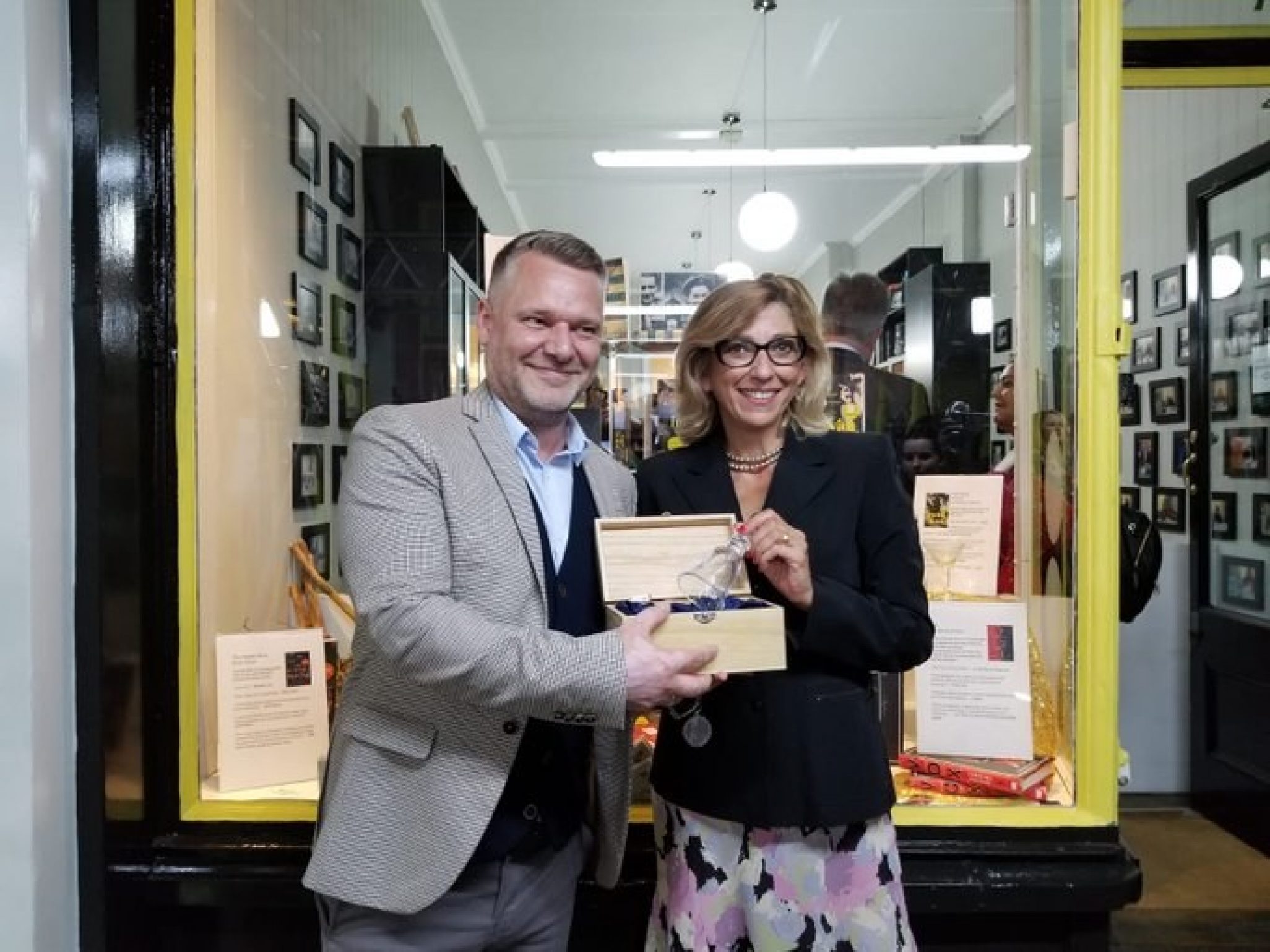 We are delighted that this week, VOX, the incredible dystopian debut from Christina Dalcher, took home the 2019 Glass Bell Award.

The team at Goldsboro had a *very* tough job deciding on the winner from the shortlist (we'd even go so far as to say it was our toughest year yet in decision-making terms) but from the outset, it was clear that VOX was a particular favourite.

VOX was published in August 2018 and very quickly garnered praise from some very high places:

"A terrifying reimagining of The Handmaid's Tale." Elle magazine

Jean McClellan spends her time in almost complete silence, limited to just one hundred words a day. Any more, and a thousand volts of electricity will course through her veins.

Now, the government is in power, everything has changed. But only if you're a woman.

Almost overnight, bank accounts are frozen, passports are taken away and seventy million women lose their jobs. Even more terrifyingly, young girls are no longer taught to read or write.

For herself, her daughter, and for every woman silenced, Jean will reclaim her voice. This is only the beginning...

We have one limited signed & numbered copy remaining in store. If you'd like a very special edition of this brilliant book on your shelf, click here.