A Passion For First Editions 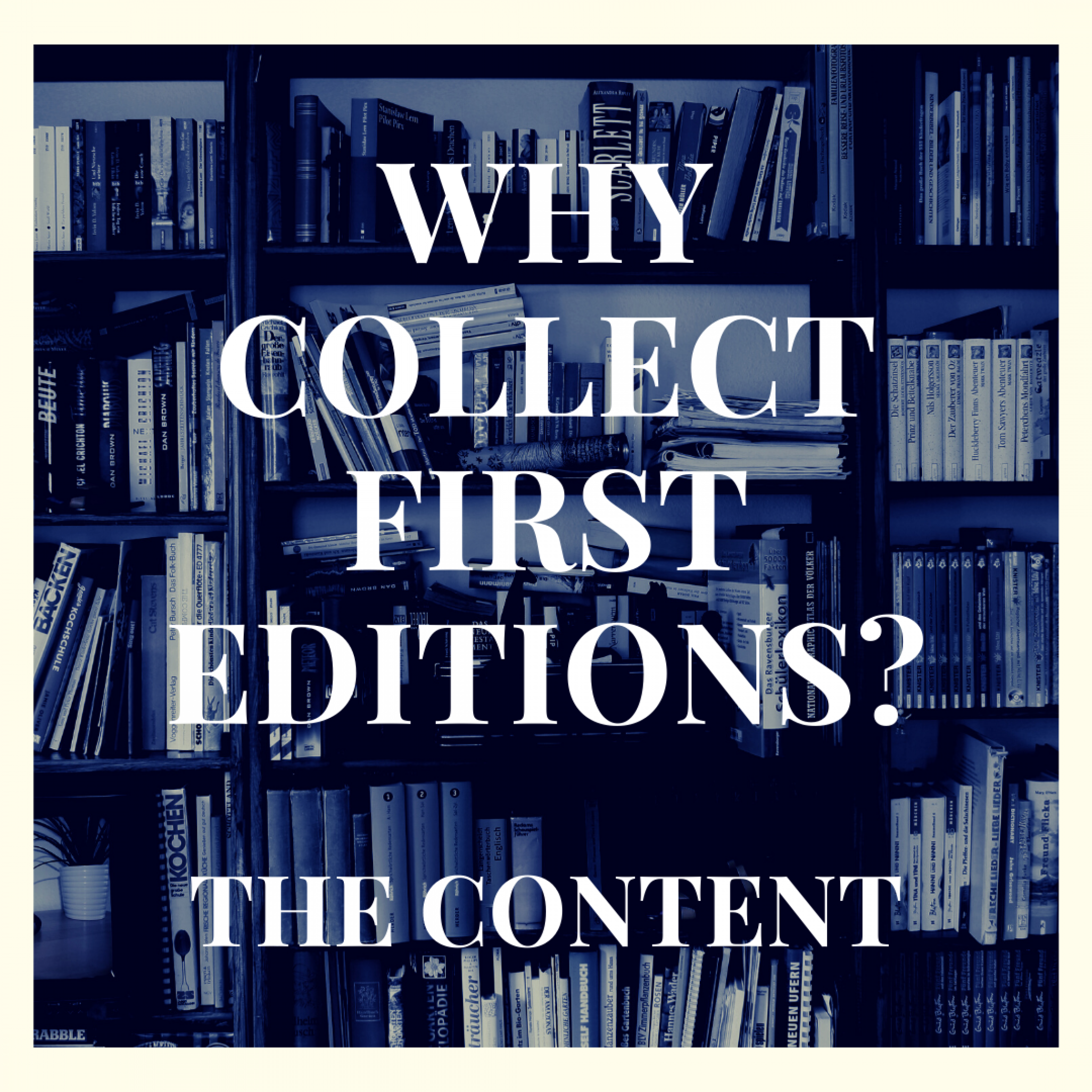 There are any number of reasons why, if you collect books, a first edition is the thing to have. One of the more fascinating reasons, at least to me, are the differences in text that can exist between a first edition and subsequent editions. Most times, differences are largely innocuous - changes to spelling mistakes, fixing grammar, or otherwise correcting typos. Anyone who has spent any amount of time around Cecil Court has likely encountered one of the many Harry Potter tours, all of which love to point out that the first edition of Philosopher's Stone lists 'wand' twice when Harry goes shopping. You probably wouldn't even pick up on the changes made between editions unless you were a particularly attentive proofreader.

Every so often, though, you find changes between editions that not only fix mistakes in the text, but alter the story altogether. There are two examples that come immediately to mind, one found through my work on the older, rare books for Goldsboro, and one experienced through my lifelong fascination for all things Tolkien. I know there are many more examples of this in varying degrees - Frankenstein, for example - but I'm going to focus on just two for now.

Jeffrey Archer's second book, titled 'Shall We Tell the President', was published in 1977. In the book, an agent of the FBI discovers a plot to kill the president of the USA, the real US politician Edward Kennedy. In addition to a real-life figure in the titular role, the book also features several other real politicians in supporting roles. Or at least, that's the way the first edition goes. If you've read the book at any point after 1986, you might be familiar with a slight different story...

In 1979 Archer published 'Kane and Abel', which introduced readers to the warring rivals William Kane and Abel Rosnovski, as well as their families. A 1982 sequel, The Prodigal Daughter, sees one of their daughters become President of the United States. Astute readers may see where this is going. In 1986 Archer rewrote 'Shall We Tell the President', turning the character of Edward Kennedy into the female president from 'The Prodigal Daughter', thus altering the story and turning a book written 5 years before 'The Prodigal Daughter' into its sequel.

This complete rewrite threw me a bit when I was adding a copy of 'Shall We Tell the President'. to our website - I was more than a little confused when book blurbs found online didn't match what I had in my hand.

This takes me to my personal favorite editional change - that found in J.R.R. Tolkien's 'The Hobbit'. 'The Hobbit' was originally written for Tolkien's children, and while it was influenced by the Legendarium that he worked on his entire life, it wasn't originally intended to to be the first part of a story that would come to define a genre. Fans of The Lord of the Rings, whether in book or film form, will be familiar with the character Gollum's consuming desire to reclaim the One Ring, his 'precious'. Indeed, so integral is this desire to both Gollum's character and to the plot of the trilogy that it is difficult to imagine it any other way. Similarly, the corrupting power of the One Ring is the basis for the entire Lord of the Rings trilogy. But the Ring, and Gollum, were once much more innocent creations.

When Bilbo meets Gollum in the first edition of the Hobbit, the character is much more cordial than the Gollum modern readers are familiar with. The two characters still have their riddle contest, but instead of agreeing to show Bilbo the way out of the caves, as in the modern version, Gollum willingly bets his magic ring, agreeing to give Bilbo a present. When Bilbo wins, Gollum becomes agitated - not at the prospect of losing the ring, but because he can't find it, and thus can't fulfill his promise. Hardly the behavior of one enthralled by the evil magic of the ring. By way of an apology, Gollum shows Bilbo out of the caves, and they part on something approaching amicable terms.

When it came time to write The Lord of the Rings, and Bilbo's magic ring became The One Ring, this depiction of Gollum presented some obvious problems. If the Ring was so corrupting, why would Gollum be so willing to give it up? To rectify this potential issue, Tolkien submitted a revised chapter to his publishers, making Gollum much nastier and utterly obsessed by the Ring, completely unwilling to give it up. When he and Bilbo part in this version, it is with Biblo hiding beneath the magic of the Ring, and with Gollum shrieking accusations of thievery - accusations which go on to drive Gollum's character in The Lord of the Rings trilogy. Tolkien even went so far as to incorporate the revision into the story of the Ring itself, saying the first version was Bilbo telling a lie beneath the Ring's influence, and since Tolkien was only the translator, the lie was unwittingly included in the first edition.

As an aside, if any of you are interested in reading the first edition of the Hobbit, facsimiles of the first edition are easily available at very reasonable prices, so you too can encounter pleasant Gollum without having to take out a loan.

I've always found it fascinating to track the evolution of worlds and ideas, and it delights me to no end to find cases like these, where the story an author wants to tell evolves after publication. It's interesting, as a collector and reader of first editions, that the story I read might not be the same as someone else might read later on. I hope this has proven to be as interesting to you as it is to me, and if you know of any other substantial variations between editions, let us know on social media.