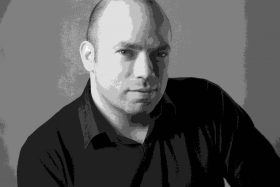 A.D. Miller studied literature at Cambridge and Princeton. His first novel, Snowdrops — a study in moral degradation set in modern Russia — was shortlisted for the Man Booker Prize, the James Tait Black Prize, the Los Angeles Times Book Awards, the CWA Gold Dagger and the Galaxy National Book Awards; it has been translated into 25 languages.

He is also the author of The Earl of Petticoat Lane, an acclaimed memoir of immigration, class, the Blitz and the underwear industry.

A.D. Miller is the Culture Editor at The Economist; he was formerly the magazine’s Moscow Correspondent and Political Editor.

His most recent work, Independence Square (February 2020), is published by Harvill Secker in the UK and Pegasus in the US. He lives in London with his wife and children.