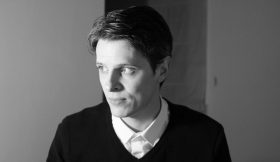 A.S. Hatch grew up in Thornton-Cleveleys, a small town near Blackpool. After graduating in 2007 with a degree in journalism he moved to Taipei, Taiwan where he taught English as a foreign language for two years before moving to Melbourne, Australia. Andrew returned to the UK in 2013 and now lives in London where he works in political communications.

He began writing fiction at university. His novel Los Gigantes was shortlisted for the Luke Bitmead Prize in 2013 and his short story Flies was chosen by WyrdBooks Ltd as their short story of the month in October 2012.

His most recent book, This Little Dark Place, was published by Serpent's Tail in October 2019.