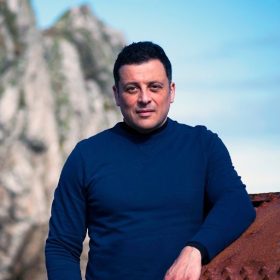 Adam Hamdy is an author, screenwriter and filmmaker who has worked with studios and producers on both sides of the Atlantic. Adam is currently writing Oracle, an original drama series, for the BBC, and is developing To Kill A Shadow, a crime thriller, with See-Saw Films. In addition to his own original work, Adam has adapted a number of comic books and novels for the screen, including the forthcoming film version of David Mitchell’s novel, Number9Dream.

Prior to becoming a writer, Adam was a strategy consultant and advised global businesses operating in a wide range of industries.

The first in Adam's new Scott Pearce series, Black 13, was published in 2020 by Pan Macmillan.