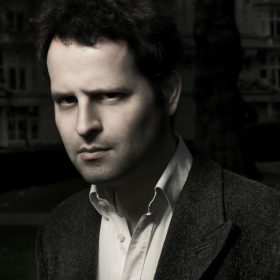 Adam Kay is an award-winning writer and performer. His debut book, This is Going to Hurt, is a literary sensation: a Sunday Times number one bestseller for a record-smashing nine months, selling over a million copies in the UK and translated into 33 languages (and counting).

Adam is currently adapting This is Going to Hurt for TV as a major eight-part BBC comedy-drama, produced by Sister Pictures with Adam serving as executive producer.

Twas The Nightshift Before Christmas, Adam's follow up gift title, is packed full of hilarious and heartbreaking stories of those who spend their festive season on the NHS's front line. It was published in October 2019 and went straight in at Number 1 on the Sunday Times Hardback Non-Fiction chart, subsequently alternating between the Number 1 and Number 2 spots throughout the Christmas period and into 2020.

Adam writes extensively for the media, principally for the Sunday Times, where he is a columnist. He is also a hugely experienced television writer and script editor, with credits including Mitchell & Webb, Very British Problems, Mrs Brown's Boys, Crims (co-creator), Mongrels, Up The Women, Bounty Hunters and Child Genius.

He is also a live performer, and his sell-out 2018/9 tour of This is Going to Hurt was one of the biggest comedy tours of the year, seen by in excess of 100,000 people, including performances at the Hammersmith Apollo.

He is a frequent voice on Radio 4 and on television is equally at home being sensible (Newsnight, Peston on Sunday, The Big Questions) or less so (The Russell Howard Hour, 8 Out of 10 Cats Does Countdown).