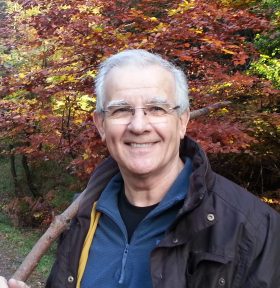 Hailed by the Daily Mail as "a classic crime star in the making", Adrian Magson's Rocco and the Nightingale (The Dome Press, October 2017) is the fifth in the Inspector Lucas Rocco series set in France in the 1960s.

Before this, Adrian had written 21 crime and spy thriller books built around Gavin & Palmer (investigative reporter Riley Gavin and ex-Military Policeman Frank Palmer) - "Gritty and fast-paced detecting of the traditional kind, with a welcome injection of realism" (The Guardian); Harry Tate, ex-soldier and MI5 officer - "fast-paced, with more twists and turns than a high-octane roller coaster" (New York Journal of Books); Inspector Lucas Rocco (crime series set in 1960s Picardie) - "Deserves to be ranked with the best" (Daily Mail), "Captures perfectly the rural atmosphere of France... a brilliant debut" (Books Monthly); Marc Portman (The Watchman) - prompting one reviewer to write: "the most explosive opening chapters I have read in a long time. Give this man a Bond script to play with!"; investigators Ruth Gonzales and Andy Vaslik - "Magson takes the suburban thriller overseas and gives it a good twist. [Readers] will happily get lost in the nightmare presented here" (Booklist Reviews).

Adrian also has hundreds of short stories and articles in national and international magazines to his name, plus a non-fiction work: Write On! - The Writer's Help Book (Accent Press).

In 2019, The Dome Press acquired the rights to Adrian's backlist Rocco books and published them in eBook throughout the year.

Adrian lives in the Forest of Dean.