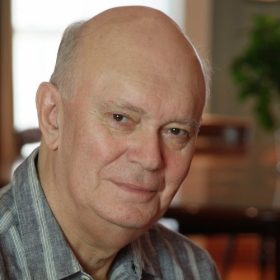 Alan Ayckbourn is an Olivier and Tony Award winning playwright. He lives in Scarborough, North Yorkshire, and has written more than 80 plays, many of which have been produced in London's West End and New York as well as around the world.

As an acclaimed director, he has worked extensively in the West End and at the National Theatre. He was the Artistic Director of the Stephen Joseph Theatre, Scarborough, from 1972 to 2009, where the majority of his work has and continues to be launched.