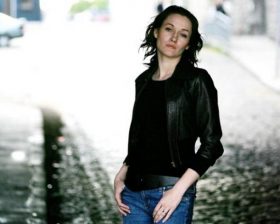 Alex Barclay, born in 1974 in Dublin Ireland is an Irish crime writer. She is a journalism graduate and has worked in fashion journalism as a copywriter in the RTE Guide.

Alex's second novel The Caller was published in 2007 while The Last Call was published in 2008. The author has won the Ireland AM Crime Fiction Award during the Irish Book Awards for her 3rd novel; Blood Runs Cold which was a start of the Agent Ren Bryce book series. Since then the character has been featured in other novels such as Time of Death and Blood Loss.