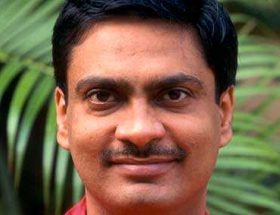 Aniruddha Bahal is the founder and editor-in-chief of Cobrapost.com, an Indian news and views website and television production house. Previously, he worked for India Today, Down to Earth, Financial Express & Outlook, among other publications. He also co-founded Tehelka.com.

Bahal's last novel, Bunker 13, was published in 2003 to international acclaim. More recently, he hosted the Tony B. Show on Channel V.