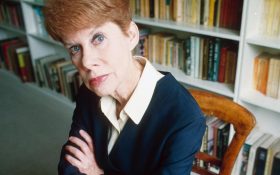 Anita Brookner was born in London in 1928. She received a B.A. from King's College, University of London, and a Ph.D. in the history of art from the Courtauld Institute.

Brookner taught at the University of Reading from 1959 to 1964, and was a Lecturer in Art History at the Courtauld. From 1967 to 1968 she was Slade Professor at Cambridge, the first woman to hold that position. Since her first novel was published in 1981, Brookner had a dual career as an art historian and a novelist.

She was remarkably successful in both fields and Hotel du Lac, her fourth novel, won the Booker Prize, England's highest honor for fiction.