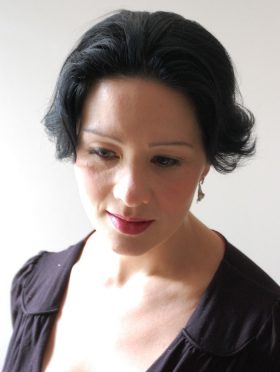 Anna Smith-Spark lives in London. She loves grimdark and epic fantasy and historical military fiction. Anna has a BA in Classics, an MA in history and a PhD in English Literature. She has previously been published in the Fortean Times.

Her Empires of Dust series began with The Court of Broken Knives in 2017, followed by The Tower of Living and Dying in 2018 and The House of Sacrifice in 2019.