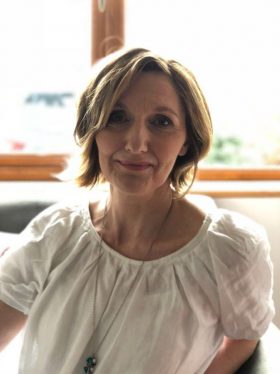 Anne Griffin was born in Dublin in 1969 and later in life, received a BA History from UCD. Over the following eight years, Anne worked for Waterstones in Dublin and London. She left the bookselling trade to undertake a Post Graduate Diploma in Community and Youth Work in Maynooth University.

Anne began writing in 2013, and was awarded the John McGahern Award for Literature, recognising previous and current works. In addition, Anne has been shortlisted for the Hennessy New Irish Writing Awards with her short story Grace; shortlisted for the Sunday Business Post Short Story Award for Some Tiny Clue and for the Benedict Kiely Competition with Mr. Henry.

Anne Griffin's debut novel When All Is Said is published by Sceptre in the UK and Ireland and by Thomas Dunne Books in the US and Canada. It will also be published in sixteen foreign languages.