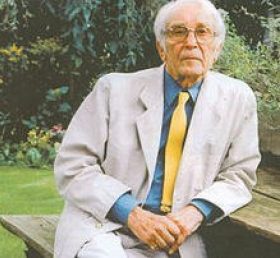 Anthony Buckeridge OBR was an English author, best known for his Jennings and Rex Milligan series of children's books.

He also wrote the 1953 children's book A Funny Thing Happened which was serialised more than once on Children's Hour.

The stories of middle class English schoolboys were especially popular in Norway, where several were filmed. The Norwegian books and films were rewritten completely for a Norwegian setting with Norwegian names; Jennings is called "Stompa" in these.

More recently, the first four books were published in an omnibus edition by Prion, The Best of Jennings: Four Utterly Wizard Adventures All Jolly Well Complete and Unabridged (2010). In 2011, six titles were produced as unabridged audio books