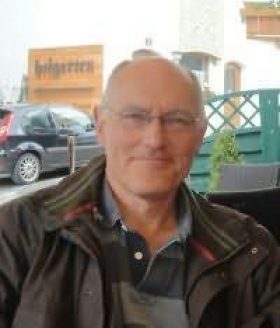 Anthony Conway is the author of The Moon Tree, a saga of the 1940s Burma War and the years of conflict in Asia that followed. Drawing on his considerable experience of the Gurkhas and the Far East, he has created an engrossing story in the tradition of James Michener, John Masters, Paul Scott, MM Kaye, and the big historical sagas of Anthony Grey. Spanning several decades, The Moon Tree is a story of love and war that combines “meticulous historical research with a gripping narrative and unforgettable characters.”

He has also written the novels of the Caspasian series published by Hodder & Stoughton, and is currently working on the sixth. Described by the Independent on Sunday as “pure escapist fiction”, each novel is a stand alone story set in the 1920s and 30s, following the adventures of Captain John Caspasian, Indian Army officer and defender of the Empire.

The Black Hand is the opening novel in Jaeger, a spy series set during the Great War in homage to one of Anthony’s heroes, John Buchan.

For younger readers he has written The Case of the Uncomfortable Train Seat, the opening exploits of Teddy Brutus, schoolboy sleuth and antiquarian.

Throughout his life he has written poetry. Originally from Surrey, he now lives in Cheshire and London.