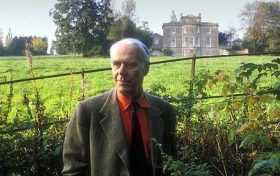 Anthony Powell CH CBE, was born in 1905 and was an English novelist, best known for his twelve-volume work A Dance to the Music of Time, published between 1951 and 1975.

Powell's major work has remained in print continuously and has been the subject of TV and radio dramatisations. In 2008, the Times newspaper named Powell among their list of "The 50 greatest British writers since 1945".

Powell has been called 'the English Proust'.