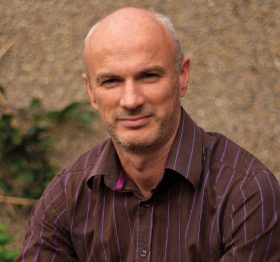 Anthony Quinn was born in Liverpool in 1964.

From 1998 to 2013 he was the film critic for the Independent. He is the author of six novels: The Rescue Man, which won the 2009 Authors’ Club Best First Novel Award; Half of the Human Race; The Streets, which was shortlisted for the 2013 Walter Scott Prize; Curtain Call, which was chosen for Waterstones and Mail on Sunday Book Clubs; Freya, a Radio 2 Book Club choice, and Eureka.