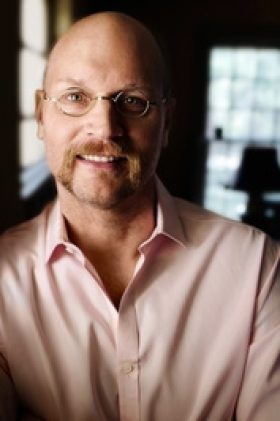 Burroughs has no formal education beyond elementary school. A very successful advertising copywriter for over seventeen years, Burroughs began to write his first novel. Never outlining or consciously structuring the book, Burroughs wrote, "as fast as I could type, to keep up." Seven days later, Augusten Burroughs had written his first book. He had also stopped drinking. The book was published one year later. And Sellevision stands as Burroughs's only published novel. It is currently in development as a feature film.

Augusten's second book was a memoir. It was also a publishing phenomenon that helped to ignite a kind of memoir fever in America and abroad. Running with Scissors was released in 2001 to virtually unanimous critical acclaim. The memoir would ultimately remain on the New York Times bestseller list for over four consecutive years, eight months of which were spent in the #1 position. The film, starring Annette Benning, Gwyneth Paltrow, Jill Clayburgh and Alec Baldwin was released in 2005.