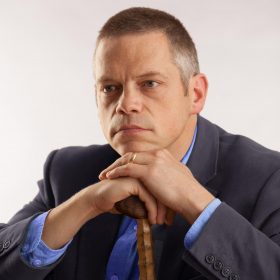 Kenya born, Irish by blood and UK resident, Ben Kane's passion for history has seen him change career from veterinary medicine to writing, and taken him to more than 60 countries, and all seven continents.

During his travels and subsequent research, including walking hundreds of miles in complete Roman military gear, he has learned much about the Romans and the way they lived.

Ten of his novels have been Sunday Times top ten bestsellers, and his books are published in twelve languages; a million copies have sold worldwide. In 2016, his research was recognised by Bristol University with an honorary Doctor of Letters degree.

Kane lives in Somerset with his wife and children, where he writes full time.