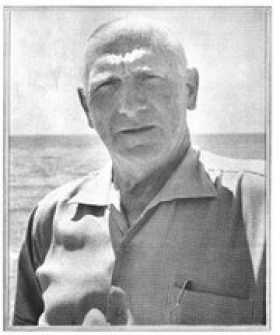 Berkeley Gray was a British novelist, whose real name was Edwy Searles Brooks. He also wrote under the pen-names Victor Gunn, Rex Madison and Carlton Ross. He was born in Hackney, London and is believed to have written around 40 million words.

In 1912 he wrote his first Sexton Blake stories and in 1915 started writing stories for the Nelson Lee Library, becoming the lead writer of the detective series after which the publication was named. In 1917 he started the St. Frank's series in that paper, the stories for which he is best remembered. Additional serial assignments followed, including those featuring Clive Derring and Sexton Blake. In 1918 he launched the character of Rupert Waldo, an early superhero.