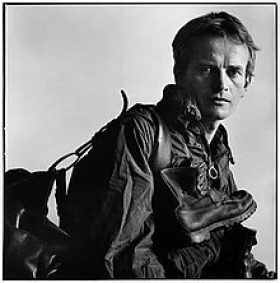 Charles Bruce Chitin was an English travel writer, novelist and journalist. His first book, In Patagonia (1977), established Chatwin as a travel writer, although he considered himself instead a storyteller, interested in bringing to light unusual tales.

He won the James Tait Black Memorial Prize for his novel On the Black Hill (1982), while his novel Utz (1988) was shortlisted for the Man Booker Prize.