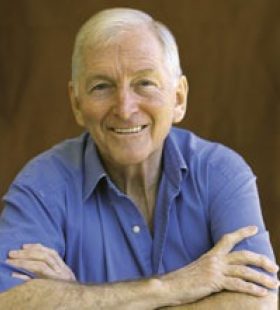 Bryce Courtenay was born in South Africa and spent his early childhood years in a small town deep in the heart of the Lebombo mountains.

He won a scholarship to a prestigious boy's school and thereafter attended university in England where he studied Journalism.

At the age of 55, Bryce decided to take the plunge. He'd been telling stories since the age of five and had always known he would be a writer some day. Courtenay went on to become one of Australia's bestselling novelists, notable for his book The Power of One.

Bryce Courtenay died at his home in Canberra, Australia. He was 79.