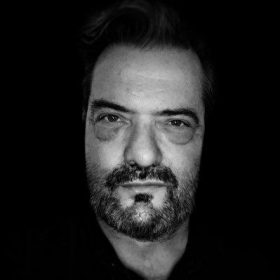 C.A. Fletcher (also known as Charlie Fletcher) is a screenwriter and a novelist and he lives on the edge of Edinburgh. He studied Literature at St Andrews University, and later took a grad degree in Screenwriting at USC.

His books include The Oversight Trilogy (The Oversight, The Paradox and The Remnant), The Stoneheart Trilogy (Stoneheart, Ironhand and Silvertongue), The Dragonshield Trilogy (Dragonshield, The London Pride, and The City of Beasts) and Far Rockaway.

His most recent book, A Boy, His Dog and the End of the World, was published by Orbit in April 2019.