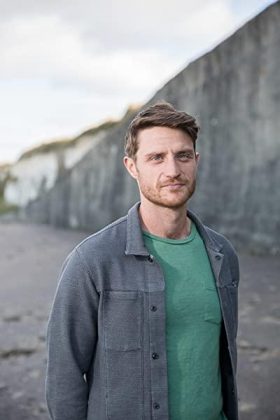 Chris MacDonald is an actor and writer who lives with his wife and two young children by the sea in Margate. His debut play Eye of a Needle played at the Southwark Playhouse in 2014 and since then he's been working on several plays and TV projects, one of which, Phoenix, was under option to Cove Pictures. He trained as an actor at Drama Centre and has worked for the BBC, the RSC and Amazon Studios and multiple commercial clients.

He has also worked as a journalist and videographer for commercial clients including American Airlines. He plays lots of musical instruments to a mediocre standard and occasionally sings in pubs, sometimes when he's asked to. He undertook Faber's novel writing course during which he started writing Happy Ever After.

His debut novel Happy Ever After was published in January 2020 by Harvill Secker.