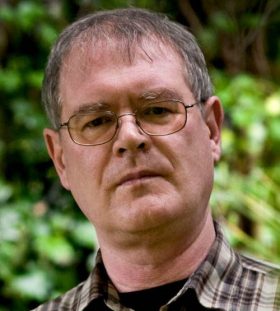 C.J. Sansom was educated at Birmingham University, where he took a BA and then a Ph.D. in history.

After working in a variety of jobs, he retrained as a solicitor and practised in Sussex, until becoming a full-time writer. Sansom came to prominence with the Shardlake series, his historical mystery series set in the reign of Henry VIII in the 16th century. Dark Fire won the 2005 Crime Writers' Association Historical Dagger. He has also written Winter in Madrid, a thriller set in Spain in 1940 in the aftermath of the Spanish Civil War and Dominion, an alternate history novel set in a Britain following a fictional Axis victory in World War II.

He lives in Sussex.