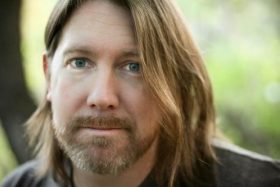 A veteran of the web, C. Robert Cargill wrote as a film critic for over ten years at Ain't it Cool News under the name Massawyrm, served as animated reviewer Carlyle on Spill.com and freelanced for a host of other sites including tenures at Film.com and Hollywood.com.

His books include Sea of Rust, Hell Creek and the Dreams & Shadows series.

He is the co-writer of the motion picture Sinister, and lives and works in Austin, Texas.